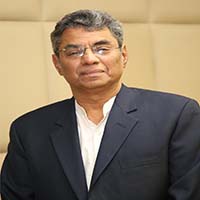 New Delhi, November: M V Iyer assumed charge as Director (Business Development) of GAIL (India) Limited today. Before this, he was working as Executive Director (Projects) with the company.
An Electrical Engineer, Shri Iyer has 33 years of rich and diverse experience in GAIL in projects execution amounting to Rs 40,000 crores, including current projects worth Rs 25,000 crores spanning 16 states, 150 districts and City Gas Distribution (CGD) projects in six cities. As a target-oriented professional, he has consistently delivered results in Projects, Operations and Maintenance roles.
He has been part of the core team of GAIL for implementation of various long term and short term strategies in GAIL. Shri Iyer is also Director in one of the GAIL’s new Joint venture company Indradhanush Gas Grid Limited (IGGL) for implementation of North East Gas Grid. He has been associated with several non-core business areas like commissioning of the Dabhol LNG Terminal and implementation of 100 MW Wind power project, 5 MW Solar power projects and current thrust areas of City Gas Distribution (CGD) projects within short span of one year.