90% of people do not have a birth certificate, my appeal to NPR and NRC should be revoked from the center – Kejriwal 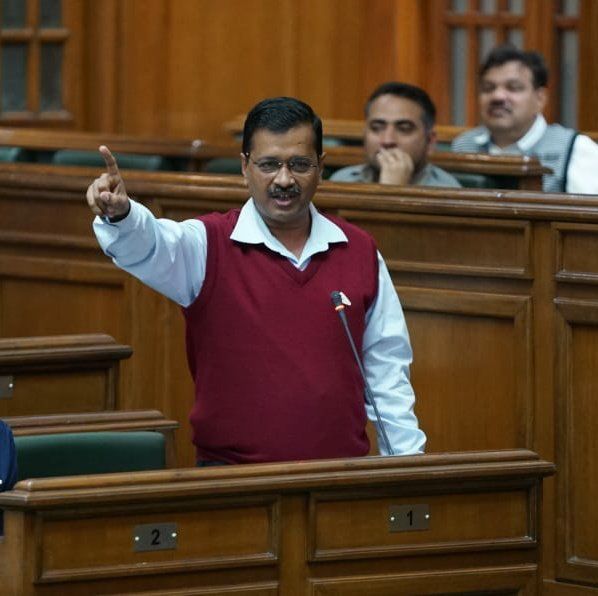 New Delhi: In a special session held in the Delhi Assembly on Friday, CM Shri Arvind Kejriwal said that by conducting the NPR/NRC in the nation, the central government is diverting the people from the real issues in the country such as unemployment and economic crisis. The statement came in the wake of Delhi Cabinet Minister Shri Gopal Rai moving a resolution against NPR in the Delhi Assembly. Mr. Gopal Rai said that if the Centre insists, the NPR process should be carried out in accordance with the 2010 format.
Addressing the session on the issue, CM Shri Arvind Kejriwal said, “The whole world is suffering from the outbreak of the Coronavirus. We all are very concerned about it and we are working hard to contain this outbreak. The economy of India is in bad shape right now. The unemployment rate has hit a new low and the situation is alarming. Despite that, we are facing a new issue and the issue is created by the Centre, the issue of the CAA, NPR, and NRC. The whole nation is burning on this issue and I believe that such an issue should not become significant, because the real issue right now should be unemployment and economy.”
CM Shri Arvind Kejriwal said that he has heard in several TV debates that the people are claiming that the NRC is yet to be drafted.”On June 20, 2019, the Hon’ble President in his address to the joint session of the parliament said that the NRC will be brought in. Then on December 10, 2019, Hon’ble Home Minister repeated the same in his speech in the Parliament,” added the CM.
CM Shri Arvind Kejriwal said that the Center might bring forth the claim that all these three things are different, but the Hon’ble Home Minister has linked them himself by telling the people to understand the chronology. “Hon’ble Home Minister said that first is CAA, then NPR, and then NRC. Whatever I will speak today, will only be regarding the statements which were made by either any minister or official,” he added.CM Shri Arvind Kejriwal said, “People are worried today because people have witnessed many people being transferred to detention centers in Assam last year, due to the NRC process. During the process, nearly 19 lakh people were forced to live in the detention camps. In this process officials of the Central government will come to your house and ask for papers to prove your identity. If you have the papers, and you show it to them, you will be considered as a citizen of India. If you are a Muslim and do not have papers, you directly land into the detention center. If you are a Hindu from Pakistan then the government will make your papers. But if you are a Hindu from India and do not have papers, you will be sent to the detention camps. The more I read this act I understand that this law is for the Hindus of Pakistan and against the Hindus of India. What wrong have the Hindus of India done?”
“To get citizenship the Hindus of India who do not have the papers will have to say that they are from Pakistan. Why should we say that? We cannot say any such thing because we are nationalists and we love our country. The freedom fighters of our country never thought that there will be one day when the Indians will have to say that they are from Pakistan to get the citizenship of India,” said the CM. CM Shri Arvind Kejriwal called the belief that the Hindus of India will not be affected by this law false. He said, “Hon’ble Home Minister Mr. Amit Shah gave an interview to Aajtak on December 17, where he said that in NRC there will be discrimination based on religion. Any from India who will not be able to prove their citizenship will lose the citizenship of India. Then it is clear that the NRC is only against the Muslim is not the right statement. This law is against the Hindus too if they do not have documents. If the Hindus say that they have come from Pakistan only then the Center will provide the documents to them. On December 17, the Hon’ble HM told Times Now that Aadhar Card or Voter Card will not be considered as the document to prove the citizenship.”
Related Posts

CM Shri Arvind Kejriwal said that Union Home Minister Amit Shah had told the Parliament that no documents will be needed in the NPR process which will start from April 1, but never said that the documents will not be required in the case of the NRC process. “Me, my wife, and my parents, we do not possess the birth certificate issued by the municipality. I want to know that in such a situation, will the Central government send the four family members including the Delhi Chief Minister to detention camp? None of the Delhi Cabinet ministers have the birth certificate, will the whole Cabinet be sent to the detention center? In the house with 70 MLAs, 61 out of them do not have the birth certificate.” said CM Shri Arvind Kejriwal.
“We will die in the detention camp but never say that we are from Pakistan to get citizenship. I want to know how many of the Cabinet Ministers followed by the MPs of the Centre have the birth certificate. Most of the CMs of India do not have the birth certificates. What happened in Assam is very unfortunate and I will give just four examples. First is Dulal Chandra Paul, a 65-year-old Bengali Hindu who was transferred into a detention camp on October 11, 2017. On 13 October 2019, he died inside the detention camp. The family of Chandra Sharma of the Air Force, who has served as an officer for the 38 years, was out of the NRC list. He retired on February 28, 2018, and his name was not there on the NRC list which came out on July 30, 2019,” said Mr. Kejriwal.
CM Arvind Kejriwal said that Sanaullah Khan has worked in the Army for the 32 years but his family including him, his wife and children were out of the list. He said, “Naresh Koch who belonged from Koch tribe of Assam has died inside a detention center. In the NRC list, his name was not there but his bother’s name was there. Ratan Chandra Biswal a Dalit Hindu whose father’s name was in the voter list of 1986 but he was out of the NRC list. He is also inside detention camp. Nearly 14 lakh Hindu is out of the NRC list and 5 Lakh Muslims are out. In Delhi, there 40 lakh Purvanchalis and if where will they give the birth certificate?” CM Shri Arvind Kejriwal said that 11 states of India have passed a resolution against NRC and NPR. Many of these states like Bihar, Tamilnadu, and others are ruled by parties who are in alliance with the BJP. “I will request the Central government to not bring the NPR and NRC because it will be of no good to our country,” he added.
Share on Facebook Share on Twitter Share On WhatsApp
Leave A Reply
Cancel Reply
Advertiser Logo