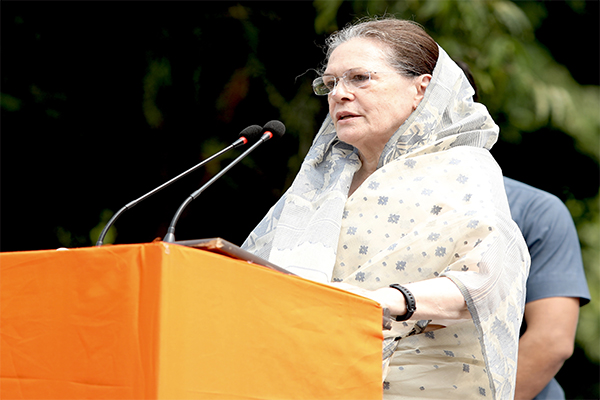 The Congress Party will be launching nationwide protests and agitations against the anti people economic policies and decisions of the Narendra Modi led BJP Government at the Centre. To be carried out between November 5th and 15th of 2019 at the district level and at state capitals, the protest will culminate in a massive program in the national capital. Highlighting the issues of record 45 year high unemployment at 8.1%, unprecedented economic slowdown, rise in prices of essential commodities, collapse of the banking system, omnipresent farm distress among others, the party and its volunteers will raise the voice of the people and try to make this insensitive  government accountable for the massive miseries and sufferings that it is causing. It may be recalled that the decision in this regard was taken at the meeting headed by Congress President Smt. Sonia Gandhi with senior leaders, party office bearers and In-charges, Congress CMs and PCC Presidents and CLP leaders on 12/13 September, but the earlier schedule of the program slated between October 15th to October 25th had to be postponed because of the just concluded assembly elections.The party appeals to the people across the country to come forward and make the arrogant Government listen to their voice.