CGD network will soon cover 72% of the country’s population 10 CNG stations of Indraprastha Gas Limited dedicated to the service of the community – 5 in Delhi, 2 each in Rewari & Muzzafarnagar and one in Ghaziabad 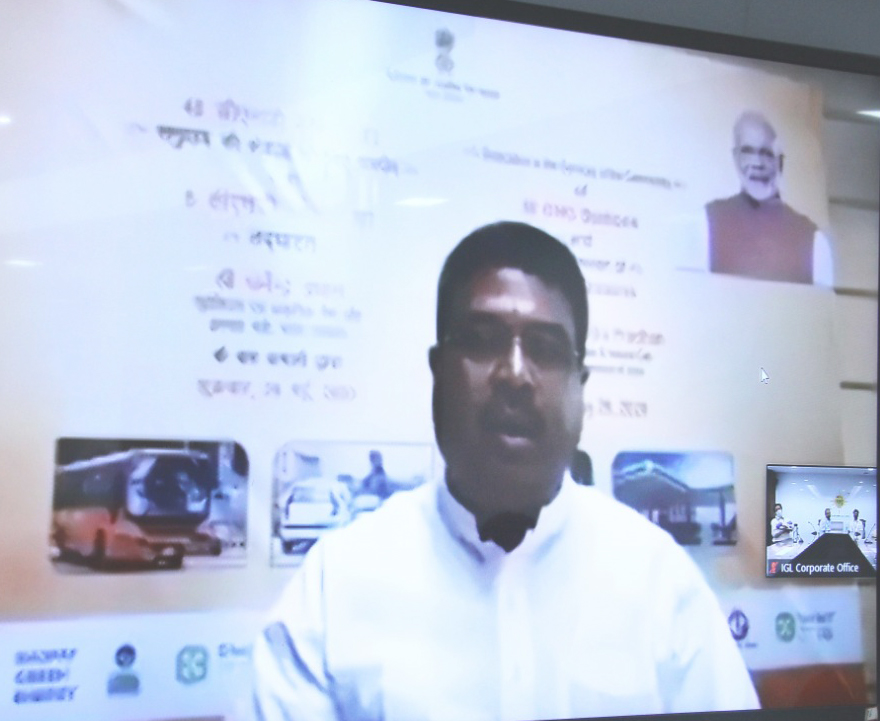 New Delhi; May 29, 2020: Expanding the reach of environment-friendly Compressed Natural Gas, Minister of Petroleum and Natural Gas & Steel Shri Dharmendra Pradhan, through an online ceremony, today dedicated to the nation 48 CNG stations and inaugurated 8 other CNG stations in the country. These 56 stations are spread over 11 States/UTs -Gujarat, Haryana, Jharkhand, Karnataka, Madhya Pradesh, Maharashtra, New Delhi, Punjab, Rajasthan, Telangana and Uttar Pradesh, and belong to 11 different entities-public as well private. The stations dedicated to the service of the nation include 10 CNG stations of Indraprastha Gas Limited, of which 5 are located in Delhi, 2 each in Rewari & Muzzafarnagar, and one in Ghaziabad. 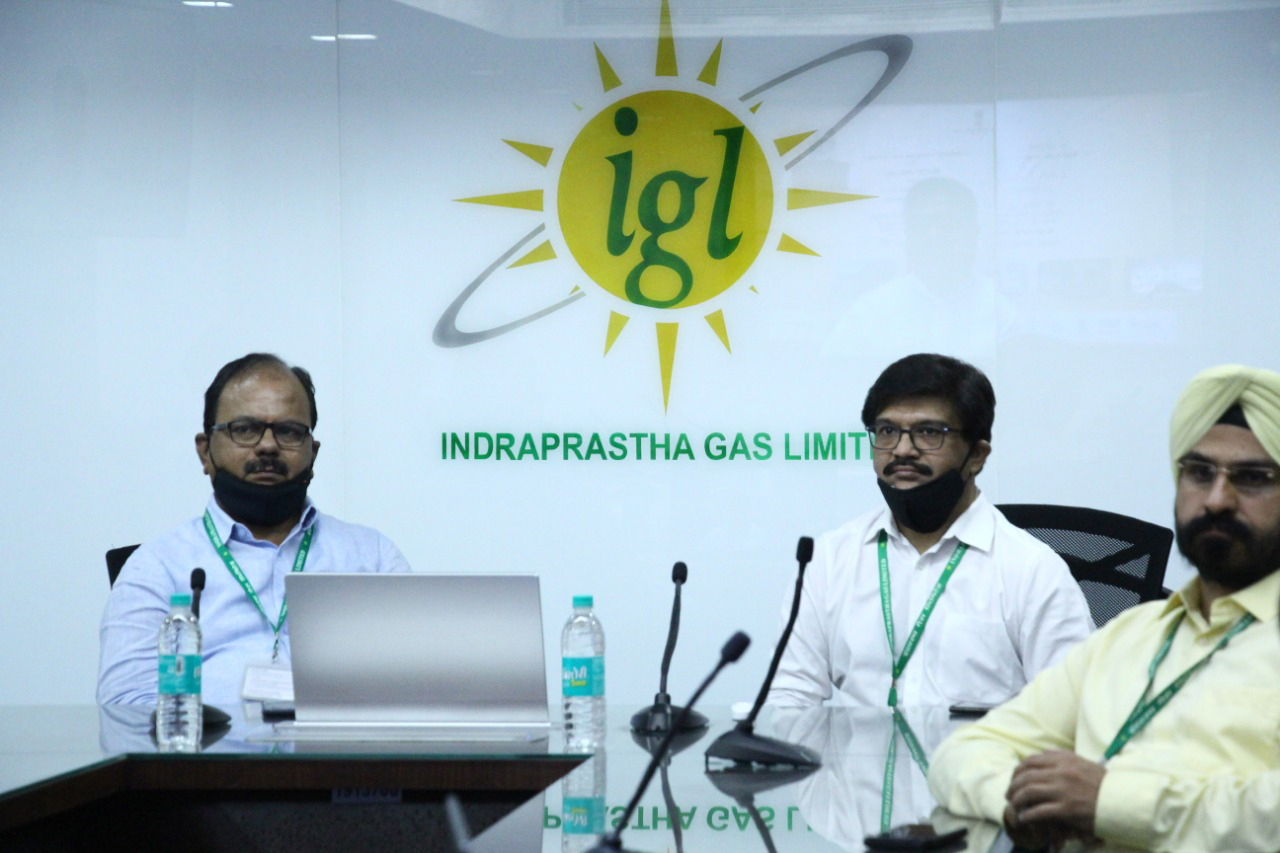 Lauding the efforts of all the stakeholders in the expansion of the gas network in the country, Shri Pradhan said that 72% population of the country will soon be covered through the City Gas Distribution (CGD) network, with spread over 53% of the geographical area. He said that the Country is moving towards a gas-based economy. The number of PNG stations has gone up from 25 lakh to 60 lakh; 28 thousand industrial gas connections have risen to 41 thousand, and the number of CNG vehicles has gone up from 22 lakh to 34 lakh. He said that it is a matter of satisfaction that besides the Public sector, private companies are whole-heartedly taking part in the expansion of gas infrastructure in the country.

The Minister said that the government is working on energy efficiency, affordability, security, and accessibility. He envisioned that soon, the customers will have to go to only one place, where all types of fuels- Petrol, diesel, CNG, LNG, and LPG will be made available, He said that the Government has already started mobile dispensers for diesel, and would like to expand the same for petrol and LNG. Shri Pradhan said that people would be able to get the home delivery of the fuel in future. Secretary, Ministry of Petroleum and Natural gas Shri Tarun Kapoor said that India is the 3rd largest energy consumer of the world, and is working earnestly to have a 15% share of gas in its energy basket. He said that as the economic activity and consumption level goes up in the country, the energy consumption is bound to go up. He said that the Government will promote and support the Gas as the fuel, for being environment-friendly, energy-efficient and economically efficient. 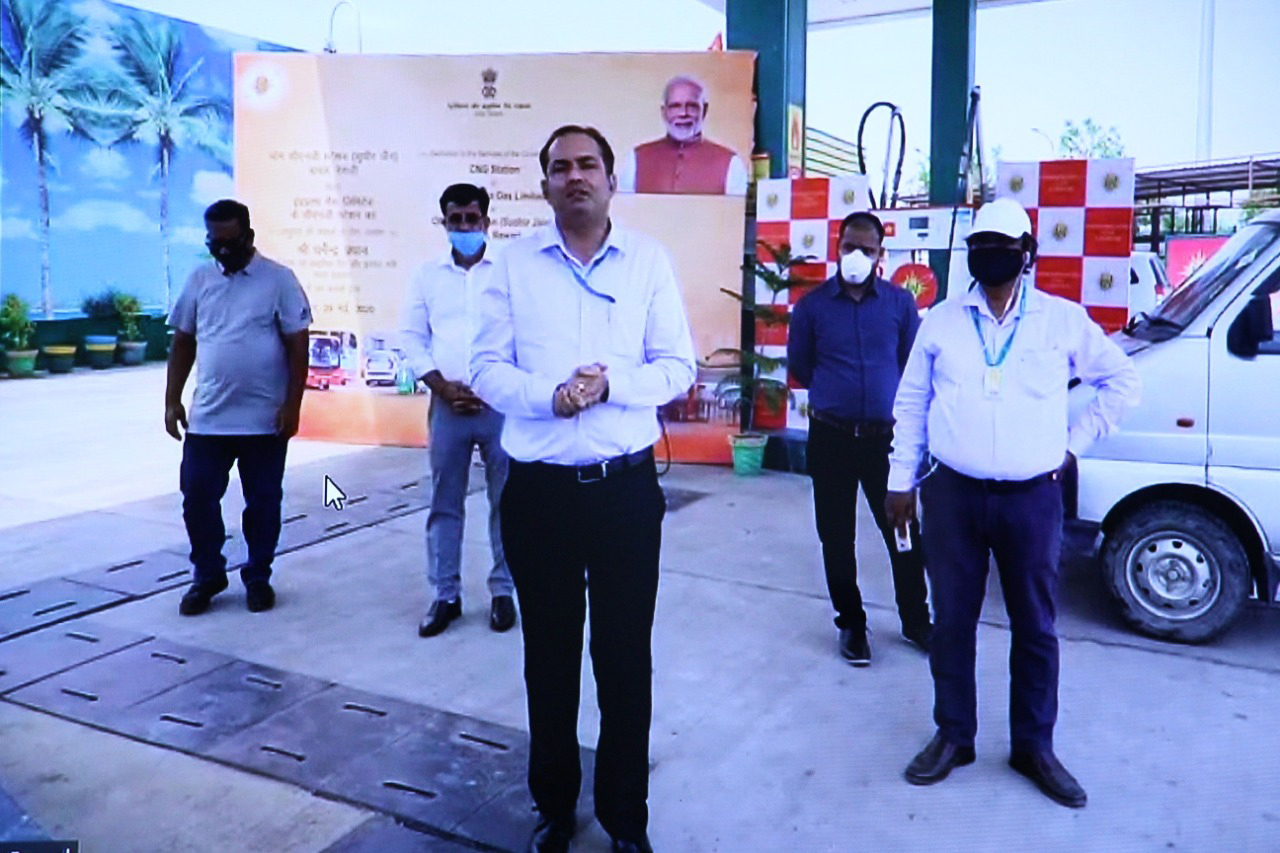 Senior officers of the Ministry of Petroleum and Natural Gas, Gas companies, OMCs, and other stakeholders also took part in this virtual inauguration ceremony. Completion of work at these stations was affected due to the countrywide lockdown imposed to prevent the spread of coronavirus. However, after easing of restrictions last month, the work gathered pace and was carried out ensuring all safety and social distancing norms. This ensured minimum delay in the commissioning of these stations as against the original schedule. With the addition of these stations to India’s CNG network, the daily filling capacity in the country has gone up by over 50,000 vehicles.