Riot was carried out to end the growing public protest against the citizenship law: - Jamiat Ulama-i-Hind 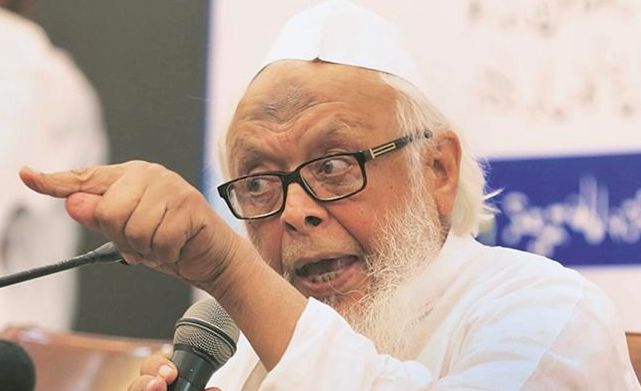 New Delhi: The way in which the riots in Delhi were carried out to end the peaceful movement against the citizenship law, is very sad and condemnable. Maulana Arshad Madani President Jamiat Ulama-i-Hind said regarding recent Delhi riots that the way in which BJP leader Kapil Mishra provoked riots in Delhi with his provocative speech is highly condemnable and the government immediately must take strict action against leaders like Kapil Mishra, and at the same time action must be taken against the police officers in whose presence Kapil Mishra gave the provocative speech. .
Maulana Madani expressed his concern over the riots in Delhi and said that Jamiat is with every victim’s family and at the same time a delegation of Jamiat visited hospitals to meet the victims injured in the riots and will give them all possible help.Referring to the riots, Maulana Madani said, the government is scared of the manner in which the voice of protest is rising all over the country regarding the citizenship law, and that is why the riot was carried out to end the peaceful protests. .
In the end, Maulana Madni said that some people want to end the brotherhood and integrity of the country on the basis of religion, but Jamiat will not allow such evil people to succeed in their plans. Jamiat has always been an example of Hindu-Muslim unity throughout the country and has worked for humanity and brotherhood.