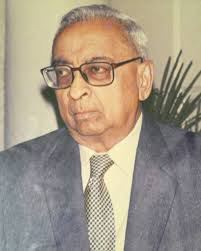 (By Dr Birbal Jha) New Delhi, 17.06.2020 No more is popularly known as NN Jha. Nagendra Nath Jha, the former Lieutenant Governor of Andaman & Nicobar Islands and Pondicherry, who held the offices of both of the territories in successive terms of 2001-2004 and 2004 respectively, breathed his last in the early morning of 15th June 2020 in New Delhi, creating a void.
Dr NN Jha was one of the finest Indian diplomats, who served as an Indian Ambassador to Ireland, Turkey and Kuwait, Yugoslavia and Sri Lanka, playing a big role in foreign diplomacy and India’s influence abroad. His contributions to the system will remain underlined in the annals of India.  He had been a point of contacts for the country in dealing with foreign affairs during his lifetime. He was seen being quoted by media houses and political class. He was born at Mithila of Bihar on 5th January 1935.His ancestral house is situated at Hanuman Nagar of Bihar’s Madhubani district. He held his master’s degree from the University of Cambridge after Bachelor’s from Delhi University.
To begin his career he joined Indian Foreign Services in 1957 and served the nation for the full length of his service stint, following in the footprints of his father, who too was a top and celebrated bureaucrat. He is survived by his wife, advocate son Madhunendra Jha and daughter Aparna Jha all settled in Delhi. His younger brother Prem Shankar Jha, former editor of Hindustan Times has been a noted journalist and scholar of world fame.This author, who always found NN Jha an iron hand in a velvet glove had occasions to see him at his Delhi residence and was in contacts over phone.
Late NN Jha was a man of letters and a treasure trove of foreign affairs in the country wherein his death has created a void.His father Chandra Shekhar Jha, ICS, later known as IAS was a Secretary in Pundit Jawaharlal Nehru’s cabinet. The adage, “worthy father, worthy son” goes well with NN Jha. This author expresses his deepest sorrows on the irreparable loss of India’s diplomat Dr NN Jha, who always remained active in life until his last breath.
Non Governmental organization Mithilalok Foundation and the social enterprise British Lingua Family will jointly hold a condolence meet to mourn his death and pray for his soul to rest in peace.
(Dr Birbal Jha is a noted author and Managing Director of Lingua Multiservices Pvt Ltd having a popular trademark brand ‘British Lingua’. He is credited with having created a revolution in English training with the slogan ‘English for all’ in India. He has also been accorded the status of the ‘Youngest Living legend of Mithila’.)