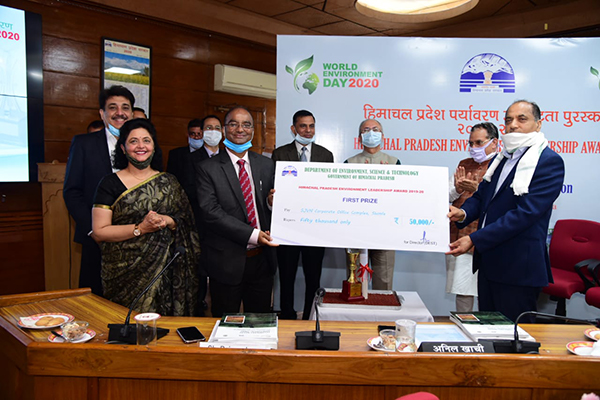 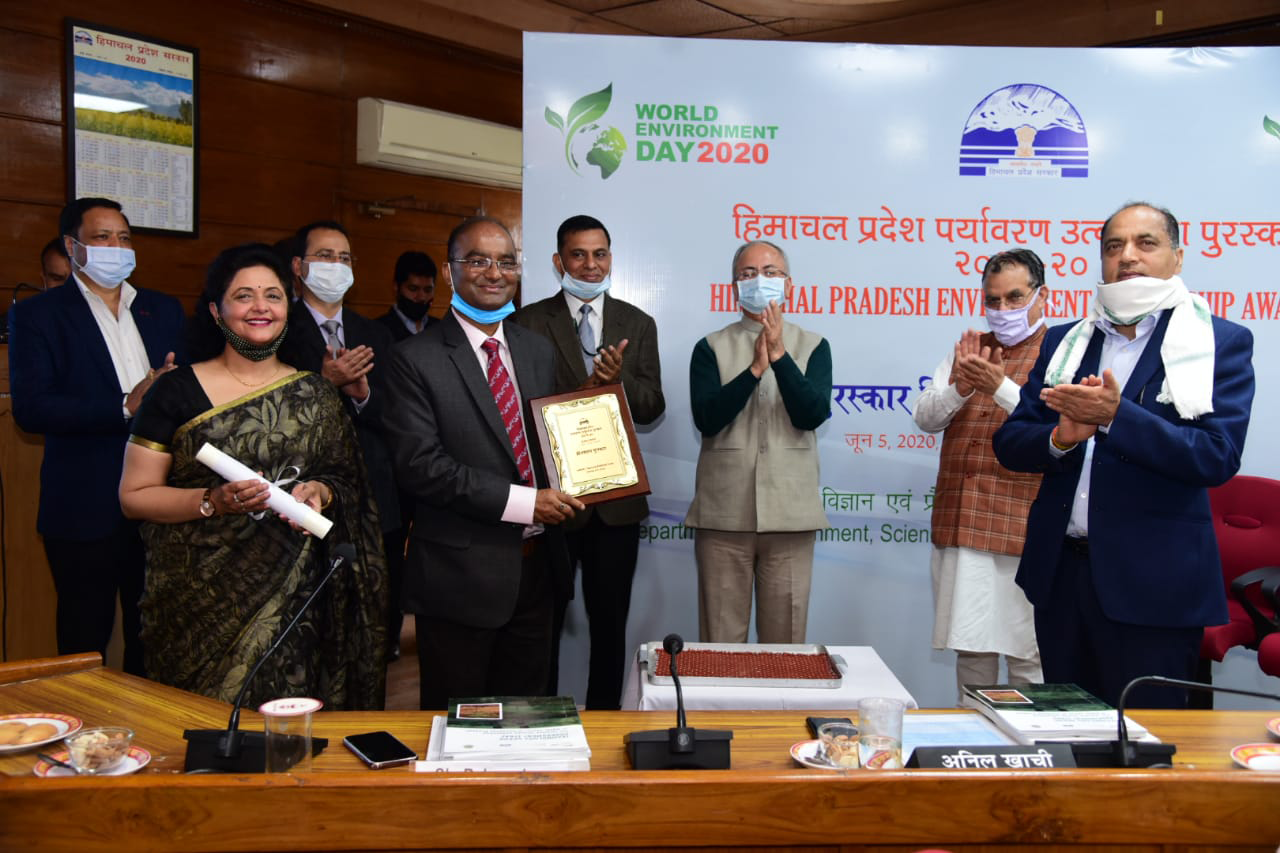 He further apprised the Hon’ble Chief Minister, that the Office Building of SJVN has been designed with Green Building Concept. With a built-up area of 15200 square meters to accommodate more than 500 employees, the building has many unique features which include 100 KW Solar Energy System & 40 KW Solar Water Heating System for energy needs. A Sewerage Treatment Plant with the capacity to recycle 90,000 litres of wastewater has also been installed in the building. The Office Complex also has a composting machine for Solid Organic Waste Management with a capacity of 250 kg per day, and Rain Water Harvesting System for water conservation, which can store 50,000 litres of rainwater. Sh. Sharma said that discharge from Sewage treatment Plant (STP) is reutilized for toilet flushing and horticulture. Around 4000 plants have been planted in and around office complex and an area of 7780 square feet has been developed as green belt. While the organic waste generated from the composting machine is being utilized to manure the plantation.

SJVN takes pride in promoting renewable energy and have signed MoUs with Energy Efficiency Services limited for installation of 6000 LED solar street lights, high mast lights in Himachal Pradesh, Uttarakhand and Uttar Pradesh. He further said that to enhance the environmental performance of SJVN, the Environmental Management System, ISO 14001 is being implemented in all operational projects of SJVN. -N L Sharma