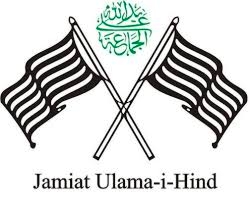 New Delhi: Revealing the false propaganda of spreading corona by Tablighi Jamaat in the country, the conspiracy of the media to defame Muslims under this pretext and the silent support from some people in the government behind it, Maulana Arshad Madani, President of Jamiat Ulama-i-Hind said that there were 1640 members of foreign Tablighi Jamat from 47 countries. Out of these, there were no cases other than two deaths and a few Positive reports.
Maulana Madani, while releasing the data collected after the hard work, said that there were a total of 1640 foreigners in the Tablighi Jamaat, out of which only about 64 reports were Positive in the medical examination while only two foreign Tablighi Jamaat members died. of the 64 Tablighi Jamaat whose reports were positive, their reports became negative later. In this way everyone was healed.
List of all countries: Indonesia, Bangladesh, Malaysia, Kyrgyzstan, Kazakhstan, Burma, Sudan, Singapore, South Africa, Saudi Arabia, Philippines, Russia, Sri Lanka, Nigeria, Mozambique, Morocco, Nepal, Kenya, Iran, Palestine, Ivory coast, Ghana, France, Gambia, Ethiopia, Djibouti, China, United Kingdom, Congo, USA, Vietnam, Trinidad and Tobago, Tanzania, Tunisia, Brunei, Thailand, Syria, Belgium, Brazil, Australia, Algeria , Fiji, Senegal, Myanmar, Afghanistan, 739 out of these are Delhi and the rest are in other states of India.
But the media had created an atmosphere of hatred against Muslims by falsely accusing the Tablighi Jamaat of spreading corona across the country. This created an atmosphere of hatred against Muslims all over the country and even led to attacks on them, killing them in lynching, boycotting vegetable and fruit sellers. This is violating not only the law of the Country but the whole world. The country was discredited and the government remained a silent spectator.
Maulana Madani said that the media and the government, while presenting the data on Corona, had consistently said that overall there have been so many Corona victims, of whom the Tablighi Jamaat has been told sometimes, 20%, sometimes 25%, and sometimes 30%. Jamaat members used to release videos saying that we have been tested and everyone’s reports are negative. Thus, not only the media but also some senior ministers of some states would try to defame Muslims under the pretext of Tablighi Jamaat. Maulana said that at present there are more than 78,000 cases of Corona, now why the government and media do not present the statistics of Muslims? .The World Health Organization (WHO) and other international organizations reacted strongly to the government’s and the media’s actions, but the government continued to provide separate figures in the name of the Tablighi Jamaat until they have achieved the goal (hating Muslims).
Maula Madani said that the media loudly spread false propaganda against the leader of Tablighi Jamaat Maulana Saad and his family to spread corona and even locked the Tablighi Jamaat Markaz, and insulted his family members. Maulana Saad who is the leader of the Jamaat, his family and his children tested negative. This proves that the corona virus has nothing to do with Jamaat but the corona virus was converted to Islam by the media.
Maulana Madani said that this irresponsible attitude of the media has poisoned the society which is extremely dangerous for a democratic and secular country. When the country is fighting Corona, millions of workers are on the streets in the country, and millions of people are starving, at such a time, all the media gave much attention on the Tablighi Jamaat, it is not possible without organized conspiracy and without the hint of a few people in government.
Maulana Madani has knocked the door of the Supreme Court against the media propaganda and defamation of Muslims and Tablighi Jamaat. The Press Council of India has also been made a party, which will be heard soon. In addition, Maulana Madani has also tried to release the Tablighi Jamaat members who are being kept in quarantine for a longer period. In addition, he is constantly working hard on many issues
Finally, Maulana Madani said, “I am saying with full conviction that if we do not step out of the narrow circle of thought, and rise above religion, we will still not work for peace, unity and solidarity.” He said, adding that now is the time for every citizen of the country to do his utmost to keep alive the country’s thousands of years old history of peace, unity, solidarity and brotherhood. He also said that we do not need to be disappointed if the determination is strong, God willing, from the same darkness of despair, the new candle of hope can be lit.”
Maulana Madani said in a confident tone that the living nations do not live at the mercy of the situation but turn the direction of tide by their actions and in the current situation of the country we have to do the same together.

SCOPE and ILO to undertake a Joint Study on Women Empowerment