Our priority should be to save lives from the pandemic on humanitarian ground. Maulana Arshd Madani 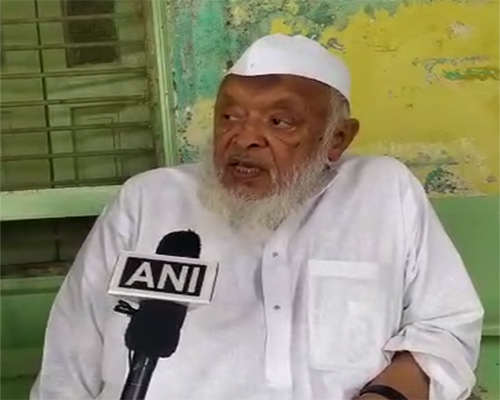 New Delhi,  Jamiat Ulama i hind has approached the Supreme Court seeking grant of conditional bail to eligible jail inmates across the country amid the ongoing COVID-19 crisis on humanitarian Ground.  Today a petition (intervention application) was filed in Suo Moto petition in which apex court has directed the state government to make a plan about releasing inmates to decongest the prison to avoid any unwanted incident of Corona Virus Pandemic. Petition filed through Advocate on Record Ejaz Maqbool.
It is mentioned in the petition that, the petitioner Gulzar Ahmed Azmi (Secretary legal cell, Jamiat Ulama-i-Hind ) seeking grant of interim bail to inmates with less than seven years prison sentence and other eligible prisoners who have been affected by Covid or apprehension is that they may get affected because of social distancing norms not been followed in Jail. It is mentioned that, recently in Mumbai’s Arthur Road Jail and Byculla Jail, Corona Positive cases of accused and jail staffs have been reported, after that family members of accused approached Jamiat to take up this matter to supreme court.
After filing petition in supreme court, president Jamiat Ulama i Hind Maulana Arshad Madani said:
“On 16 March, the Supreme Court had taken suo moto cognisance of the issue and directed state governments to set up committees to consider granting bails to jail inmates. However, several states have not taken any initiative on the issue.”  He also said that health departments have directed that social distancing is the only effective way to prevent the spread of coronavirus, but it is impossible to do so in prisons as they have more prisoners than their prescribed capacity.
“It is the old tradition of Jamiat’s forefathers that Jamiat extends helping hand to everyone on humanitarian ground. This is the reason that Jamiat is filing petition to support jail inmates irrespective of their religion. But it is very sad to say that a poisonous narrative has been built by religious bigots to demonize Muslims. Our priority should be to save lives from the pandemic irrespective of religion. The communal virus is dangerous than Coronavirus, and bigots have turned this into Hindu-Muslim one. The government can stop this kind of negative campaign spread by most of the electronic and social media if they want. But their silence gives them silent approval to do so.” Maulana Madani said.
Maulana Madani said that despite the apex courts direction, state government hasn’t oblige and release inmates except few hundreds. Now Corona Outbreak in Arthur Road Jail, Byculla Jail and Indore Jail has prompted us to move apex court for immediate intervention to save the lives of thousands of inmates

SCOPE and ILO to undertake a Joint Study on Women Empowerment