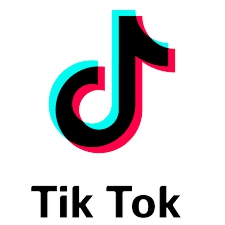 The Coronavirus outbreak, which originated in China, has infected more than 10 lakh people across the World. It has left businesses around the world struggling for their existence, costing billions of dollars.Stock markets around the globe tumbled like pack of cards , industries like Auto, aviation, retail, ecommerce, travel etc have been badly hit due to the pandemic arise due of the COVID-19 outbreak. India is no exception to this economic crisis, effected by a total halt to major industrial production, an estimated loss of over 2 crores of jobs in the Country.

As the Indians are facing the heat of the “Chinese Virus” as its now been popularly called, their sentiments have again been triggered by the “China Outbreak” and now are urging the government to ban Tiktok in India. More than 10,000 tweets in less than 10 hours to ban Tiktok in India have been trending on Twitter since Friday morning.Prior to this, on March 12, Republican Senator, Josh Hawley, introduced a bill into the Senate to ban the downloading and use of TikTok, the Chinese social media app, on all federal government devices as he sees it as a potential threat to US Govt’s Data security. The video of which is also trending on Facebook with over 1.3 million views and more than 1,40,000 shares.

“I am not in support of Tiktok for the reason that it kills the precious constructive time one can utilise for more productive use. Wasting even 10 mins of the 60% young workforce that exist in the Country today is a lot to waste for a developing Country like us” Said Vishal Trivedi, Information technology & campaign Strategist – BJP, UP Govt.Ms Varsha Madhukar, Lawyer from Lucknow said ” Tiktok has been on Govt’s radar because of the threat to Country’s data security as our valuable data is going out to China and is vulnerable to cyber crimes. It should be banned till we secure all measures to ensure our data is safe”

Commenting on the threats India face with Tiktok Mr Anurag Shukla, Localite from Dehradun said ” I see youngsters getting exposed to all awful content and stupid challenges that Tiktok offers which is a threat to our mental health. It pose a major threat to our growth if this app continue to operate in the Country as it get deeper into our systems like a virus”In the past also, Tiktok has been facing heat from Indians to ban the app in the Country because of thousands of deaths occurred in the country while making Tiktok Videos, platform has been allegedly involved in many controversies including supporting hate speech, spreading fake news, communal violence, breach of data security etc.

Last year, Swadeshi Jagran Manch (SJM) – the economic wing of the Rashtriya Swayamsevak Sangh — also called for a ban on Chinese social media applications TikTok and Helo, to protect India’s national security and startup ecosystem. In a letter sent to Prime Minister, it said “While we have extensive regulation on foreign funding in media, these applications under the garb of social media platforms circumvent our domestic rules that exist to protect national security,” SJM claimed the Chinese ByteDance-owned applications were exposing India’s youth to vested interests at an early stage.PIL is already filed by Heena Darvesh, against the popular chinese app in Mumbai High Court in Nov 2019 claiming the app is causing criminal offences and deaths.Incidentally, TikTok was banned by Madras High Court last year, which was later revoked.