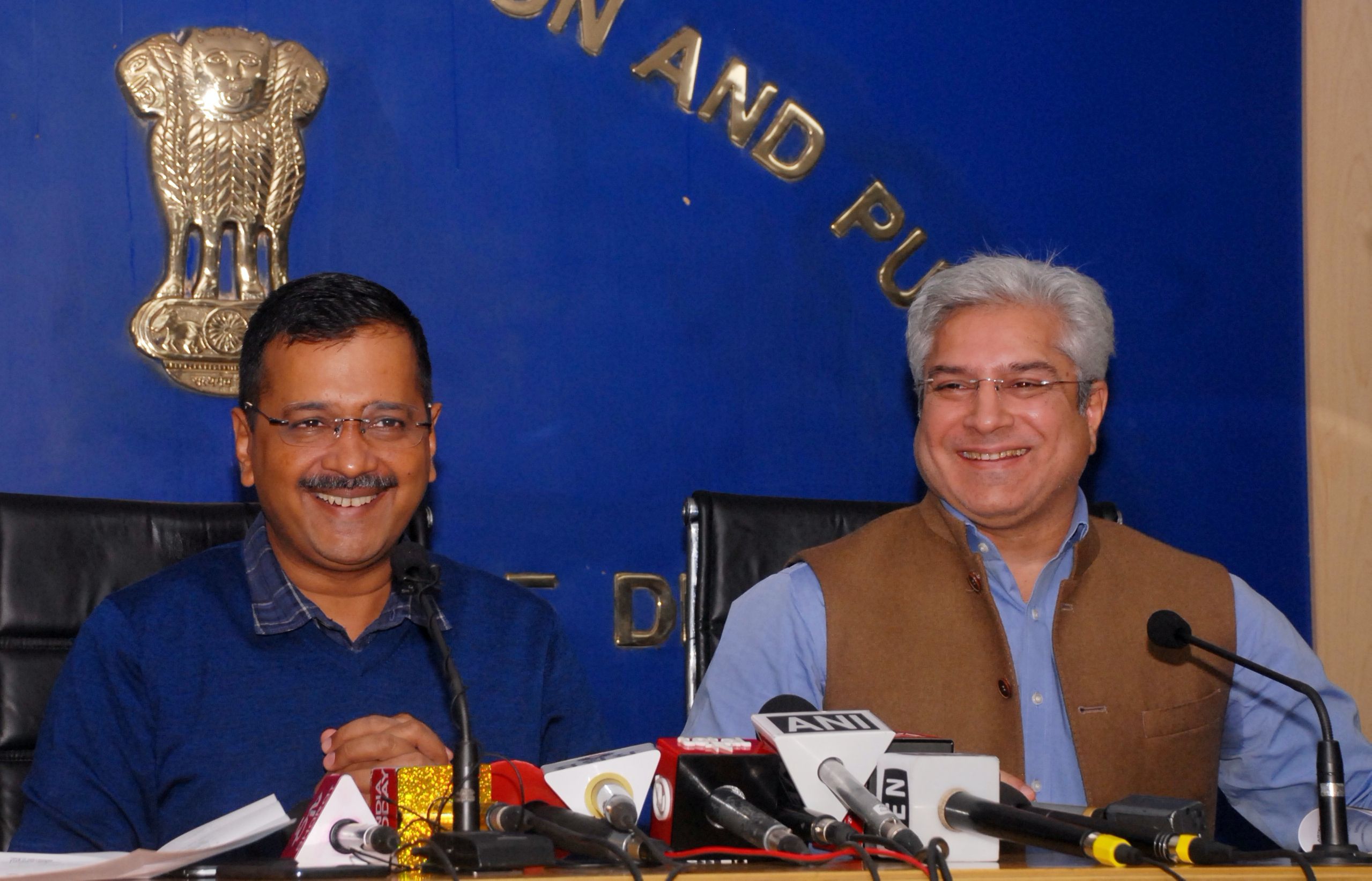 New Delhi: Chief Minister, Shri Arvind Kejriwal announced a 13 Member Committee to submit recommendations for the utilization of Rs. 50 Crore fund under Chief Minister’s Advocates’ Welfare Scheme, in a press conference held at the Delhi Secretariat on Friday. “This is a good news for the community of advocates in Delhi. The committee will submit its report of recommendations within 10 days. We had allocated 50 Rs. crore for the welfare of the advocates in the current budget as an outlay under the scheme, as requested by various advocates’ organizations”, said Shri Arvind Kejriwal, in presence of Law Minister Mr Kailash Gahlot.

“Delhi government recognizes the invaluable contributions of the advocates to the society. It was a longtime demand from the advocate community to initiate an exclusive scheme for their welfare. It has been materialized now. This scheme is very unique, as no such scheme has been initiated so far in the country for the welfare of the advocates. Delhi government has made another model initiative in this regard”, the Chief Minister added.

“Different advocates’ organizations have made various demands with respect to their welfare scheme. Factoring this, in order to submit recommendations for spending the fund and identifying the areas of welfare, Delhi government constitutes a 13 member committee led by Rakesh Kumar Khanna, Senior Advocate and the President of Supreme Court Bar Association. The members consists of representatives from various advocates bodies that demanded the welfare scheme. The committee will submit a report of recommendations within the next 10 days. Considering the recommendations of the committee, Delhi government will implement Chief Minister’s Advocates’ Welfare Scheme” as early as possible, said the Chief Minister.

“Advocates’ bodies had approached us before the last elections. It was one of the election promises that we made. We are responsibly fulfilling our promises in the manifesto one by one. Delhi government is responsive to consider the demands of various sections in the society, as we did in the cases of street vendors, JJ clusters and middle class population. People from the middle class complained of expensive electricity and we made the electricity bill ‘zero’ for them.  Our government is sensitive to the needs of people and we fulfill them with utmost care and dedication”, the Chief Minister added.