(Globally 12 October  is celebrated as ‘World Arthritis Day’ . Campaign for this year is ‘Don’t Delay, Connect Today’  with a theme  ‘clock is ticking') 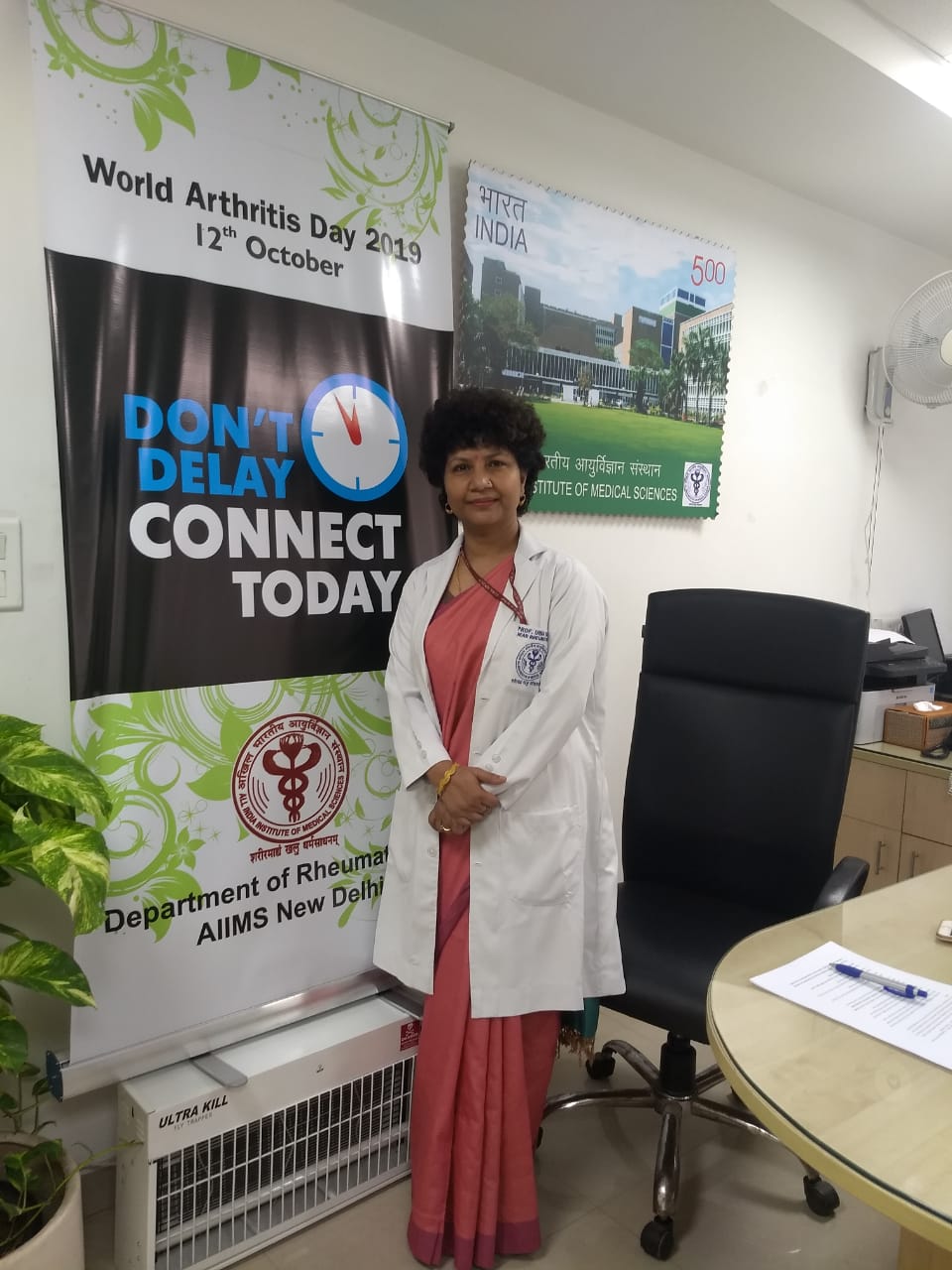 (New Delhi)Musculoskeletal diseases, defined as diseases, which affect joints, muscles, bones, tendons and ligaments, have a tremendous impact on life worldwide. This impact is measured using disability-adjusted life years (DALYs), which combine the years lived with disability (YLDs) and the years of life lost (YLLs) through premature death.

According to WHO data available for the years 2000, 2005, 2010 and 2015 there has been a significant increase of both the total number of people suffering with MSK diseases and proportion of DALYs due to MSK diseases over the past 15 years. The overall burden of MSK disorders is expected to increase further, owing to the increase in average life expectancysince many degenerative MSK diseases are considered largely irreversible and changing environmental factors. Also, burden of MSK diseases is essentially due to disability and it remains second cause of years lived with disability worldwide, second only to mental health disorders. Also, MSK diseases are the ninth cause of DALYs, and 19th cause of YLLs over the world.

GBD 2016 also highlighted how global, age- standardized, all-cause YLD rates are approximately 10% higher in females than males. Importantly, the overall MSK burden is expected to increase, owing to the increase in average life expectancy, changing life style andThe burden of non-fatal health loss in younger and middle ages, could ultimately lead to loss in human capital. The economic burden of MSK diseases has been well described, but national healthcare systems and policy makers tend to underestimate the role of MSK diseases owing to their low death rate. The low death rate and irreversibility may reduce the relative importance of MSK diseases to national health- care systems and policy makers, compared with other categories of diseases such as cancers or cardiovascular diseases. There are more than 200 conditions where an individual can present with joint pain. Broadly arthritis  is  of two types 1. Inflammatory  (Autoimmune, Infections, Para-neoplastic etc) 2. Non-inflammatory (Osteoarthritis)

These diseases usually present with pain  in the affected joints, which worsens with activity in  osteoarthritis and tends to improve with activity and worsen with inactivity in inflammatory arthritis. Patients complain of joint stiffness which increases early in the morning , lasting for <30 min in degenerative and >30 min in inflammatory arthritis. Some patients may complain of deformity or loss of function in the affected joints.. Depending on the primary disease patients can present with prolonged fever, oral ulcer, excessive hair fall, skin rashes, muscle weakness, low back pain, redness of eyes, breathlessness, coughing blood etc.There has been increased prevalence of autoimmune diseases in last two decades because of changed environmental factors and life style.

Rheumatoid arthritis is the most common chronic inflammatory arthritis involving small joints of hands and feet predominantly but large also get involved. It affects 0.5-1% of general population worldwide. Women are affected more commonly than men (female to male ratio varies from 3:1 to 9:1) Exact cause of RA is still not known.  Multiple factors play a role in the causation of RA. In genetically susceptible individuals hormones (estrogen, prolactin), obesity and environmental factors like air pollution, cigarette smoking, infections (bacteria or viruses), insecticides and, occupational exposure to mineral oil and silica play a role in the development of arthritis. The disease expression, in terms of rate of progression and severity, is also modified by various exogenous factors like smoking and infection. In general, autoimmune diseases are more commonly seen in women. This higher prevalence is partly attributed to the X chromosome, which has many genes relating to immune system. Women have two X chromosomes, which bless them with robust immune system that provides defense against infections, but make them vulnerable for autoimmune diseases like RA.

Also, female sex hormones (oestrogen) play a role in development of autoimmune diseases, which is manifested by the fact that RA start shortly after puberty, and often change profile during pregnancy.RA is a treatable condition. In current times, many therapeutic agents known as disease modifying antirheumatic drugs (DMARDs) with proven efficacy and acceptable safety are available in India. 60-70% patients respond to oral conventional synthetic DMARDs. Those who have refractory RA, require biologic agents which are expensive drugs.

Early diagnosis, aggressive treatment to control inflammation as fast as possible and continued physical activity is the ‘Mantra’ to treat RA. It is possible for RA patient to lead a pain free, disability free normal life but on drugs. If not treated adequately and early RA patients are at increased risk of developing cardiovascular events (myocardial infaction, angina, arrhythmia), hypertension, stroke, COPD, depression and solid malignancies. Also, there are few potentially modifiable risks factors, which can be altered resulting in reduced incidence of RA like stopping smoking, reduction of extra weight, healthy eating habits (avoid foods high in sugar salt and fat) better air quality and regular exercise Rheumatology is a sub-specialty of Medicine which deals with diagnosis and treatment of rheumatic  or non-traumatic musculoskeletal diseases .We are happy to note that specialty of Rheumatology is gaining momentum in India and has become the top choice among all well-established specialties like cardiology, neurology etc

Studies-1 A cross-sectional observational study was conducted among the adolescent school children (10-19years) from April 2018 to March 2019. Among the 101 Government schools in South Delhi 23 were Co-educational senior secondary schools where   10 schools accepted to be the part of the study.

The prevalence of musculoskeletal pain due to bag weight was significantly high in students carrying bag weight more than 10% of their body weight and was two times higher than those students carrying bag weight less than 10% of their body weight. Students having dietary gap score of less than 5 out of 10 are more prevalent to get musculoskeletal pains than those having dietary score more than 8.

Conclusion: Prevalenc of  musculoskeletal pain among school children because of heavy school bag is quite high, necessitating the need for strict implementation ofDirectives of HRD ministry which says Class 1 and Class 2 students should not carry bags weighing more than 1.5kg, Class 3 through 5 bag weight should not be more than 3kg,  Class 6 and 7 shouldn’t carry bags weighing more than 4kg and Class 8 and 9, 4.5kg and Class 10 students, a school bag will not weigh more than 5kg, must be complied by schools.

To study the interplay of air pollution, auto immunity and inflammation”