Today not only minorities but also the constitution and democracy of the country are in danger: Jamiat Ulama-i-Hind

Jamiat Ulama-i-Hind reaches Supreme Court against razing Muslim properties by bulldozers in different states Today not only minorities but also the constitution and democracy of the country are in danger: Maulana Arshad Madani 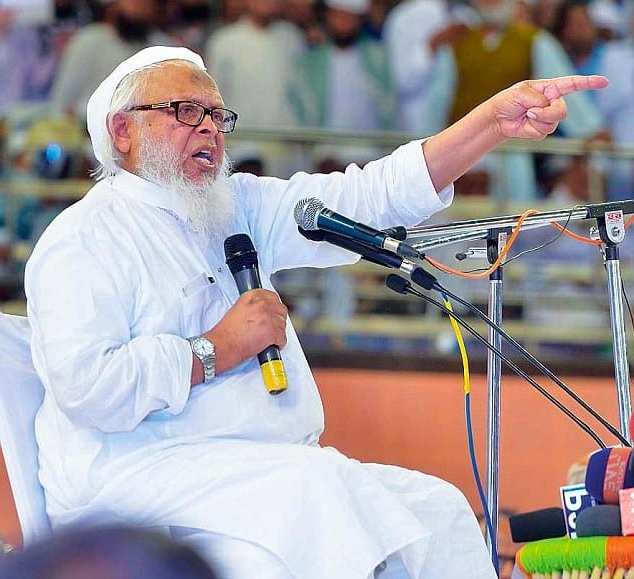 Expressing his deep concern over the hatred and sectarianism that has been going on in the country for some time now, Maulana Arshad Madani said that a atmosphere of religious extremism and hatred is prevailing across the country. Conspiracies are being hatched to intimidate minorities, especially Muslims. He said that provocations were taking place in Muslim localities and in front of mosques. In the presence of the police, sticks and poles are being waved and slogans are being chanted, and all are silent spectators. It seems as if there is no law left in the country, and no government can arrest them. Maulana Madani said that Muslims were being harassed by the sectarians, and the central government was silent as if nothing happened.
Expressing his concern over the sectarian violence in several states of the country on the occasion of Ram Navami, especially in Khargone, Madhya Pradesh, and demolition of Muslim houses and shops by the government and administration after the violence, Maulana Madani said that Governments are doing what the courts used to do.
It seems that the rule of law in India is over now, all the powers of retribution and reward have been taken over by the governments, the words that come out of its mouth are the only law. It has become the new trend of the constitution to pass the order on the spot by demolishing the houses. It seems that the country no longer needs courts or judges.
The criminal manner in which the police and the administration have acted in support of the bullies in Khargone shows that enforcing the law is no longer their goal. If the police and the administration had shown even a little loyalty to the constitution, the Muslims in Karauli, Rajasthan would not have been targeted and their houses and businesses in Khargone would not have been destroyed.
Maulana Arshad Madani said that we have turned to the Supreme Court to bring justice to the oppressed people of the country, and to save the constitution and democracy of the country, and to uphold the rule of law. We hope that justice will be done in this case as well as in other cases. Earlier, the Supreme Court had struck down the fine imposed by the UP government on peaceful protesters against the CAA and NRC, and reprimanded the government for it.
He further said that when the government fails to fulfill its constitutional duty, and remains silent to hear the voices of the oppressed, then Courts are the only ray of hope for justice. We have received justice from the judiciary in the past so we are confident that we will get justice in this important case as other cases from the Supreme Court, and the court will make strong decision to protect secularism. Our legal struggle will continue till positive result.
At last, Maulana Madani said that the rulers have made politics of fear and terror their motto. I want to make it clear that Governments are run by justice, not by fear. In these circumstances, it is the constitutional and moral responsibility of the Prime Minister to satisfy the minorities of the country, because the Prime Minister belongs to the whole country and not to any one party, sect or religion but to the whole country.
He warned that if the supremacy of the constitution and law was abolished in the country, the thread of religious harmony was broken and the secular system was rendered ineffective, it could be extremely detrimental to the country. The rule of law and constitution is essential for the development of the country.