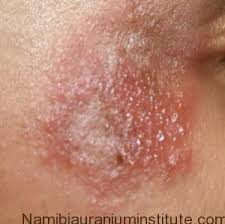 (Dr K K Aggarwal)There are over 5.1 million species of fungi on Earth, from the mushrooms that we eat to the microscopic fungi that can infect us. Most live on soil, trees, air and water. Only a small subset of the 5.1 million – some 300 species – pose a health threat and are capable of causing serious life-threatening infections.The US CDC has designated the week of Sept. 23-27 as Fungal Disease Awareness Week. CDC handles between three and five fungal outbreaks per year. This number was between one and two in 1990s. This increase in overall number of outbreaks is alarming.

Fungi are all around us and people are infected when they inhale the microscopic fungi, fungal spores or through direct contact.In 2012 outbreak more than 13,534 people were exposed to methylprednisolone drug, which was contaminated with a fungus called Exserohilum rostratum that typically infects plants but not humans. In this outbreak, 753 cases of contaminated-product related fungal infections were reported and 61 people died.

People with weakened immune systems or those affected by conditions such as cancer, HIV/AIDS and organ transplantation are the populations most vulnerable to fungal infections in general.In 2017, there was an unexpected outbreak of an infection called blastomycosis in the metropolitan area surrounding Albany, New York, caused by the fungus Blastomyces. While the infection rate was 0.2 cases per 100,000 people in 2016, the infection rate increased to 2.2 cases per 100,000 people in 2017. Blastomyces are present in the environment and thrive in moist soil and in decomposing organic matter. Though mostly asymptomatic, pneumonia is often how blastomycosis manifests. Between 1990-2010 in the U.S. alone 1216 people died of blastomycosis.

Far away in another region of the country, in the southwestern U.S., another fungal infection coccidioidomycosis – also known as valley fever and caused by the fungus Coccidioides, has been threatening people and it has now spread to Washington state. People can get valley fever when spores are inhaled or when exposed to the contaminated soil. Both blastomycosis and coccidioidomycosis are tricky to diagnose because they manifest with flu-like symptoms.
Complicating matters further is the sudden appearance of patients infected with multi-drug-resistant Candida auris in the U.S. hospitals. [Excerpts from an article from Murat Can Kalem, University at Buffalo