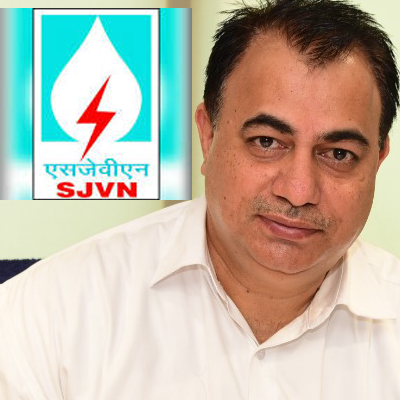 SHIMLA:Mr. Sushil Kumar Sharma has joined as Director (Electrical) of Mini Ratna Schedule ‘A’ Public Sector Undertaking SJVN Limited.  Prior to this, Sh. Sushil Sharma was holding the post of General Manager and was in charge of Mechanical Maintenance of India’s largest underground 1500 MW Nathpa Jhakri Hydro Power Station.  He succeeded Sh. R.K. Bansal who superannuated on 31.07.2020.

Mr. Sharma did his B.E. (Mechanical) from VNIT Nagpur. He has more than 30 years of rich and varied experience in various organisations including SJVN.  He started his career in H.P. State Technical Education Service in 1990. He joined SJVN in January 1994 as Assistant Engineer and worked in various Departments and Projects and rose to the level of General Manager.