Naitwar Mori has the potential to generate 265.5 million units of electricity every year-SJVN 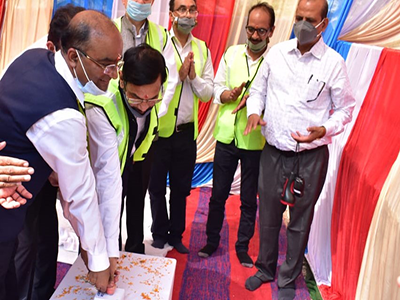 The Head Race Tunnel (HRT) which is 4.34 kms long with diameter of 5.6 meters, 3.9 Kms of this HRT has already been excavated. The Chairman & Managing Director along with Directors also visited the different Project Components and reviewed the progress in detail. Besides imparting guidance for critical areas, he exhorted the Project Officials and Contractors to complete the Project by December 2021.On this momentous occasion Sh. Nand Lal Sharma told that the foundation stone of this project was laid by Hon’ble Union Minister of State (Independent Charge) Power Shri R.K. Singh and Hon’ble Chief Minister of Uttarakhand Sh. Trivender Singh Rawat on March 30,2018.While speaking about the project, Sh. Sharma told that the dam structure of the project will be  30.5 m high and underground powerhouse will have two 30-MW vertical Francis turbines. 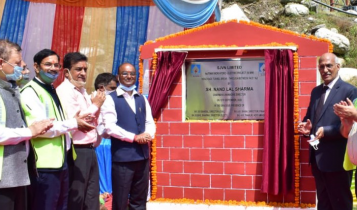 He further reiterated the resolve of Team SJVN that the project will be commissioned in a “record period of 48 months,”. He also told that after the project is commissioned, 12% free electricity will be supplied to Uttarakhand as a royalty. In addition, each project-affected family will be provided with an amount equivalent to the cost of 100 units of electricity per month for ten years. Naitwar Mori has the potential to generate 265.5 million units of electricity every year. The estimated cost of the project, at the October 2016 price level, is around Rs. 650 Crores. SJVN is vigorously marching forward for achieving installed capacity of 5000 MW by 2023, 12000 MW by 2030 and 25000 MW by year 2040.