Sheila – Was Mother Of The Apparel Export Industry 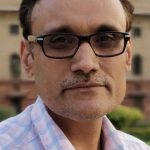 (K. P. Malik) New Delhi: A rich California-based NRI Sati Grewal (81), currently in New Delhi, is upset as he says that media, especially television channels, had not done full justice to former three-time Delhi Chief Minister Sheila Dikshit (81) on her death recently.  Grewal said, “The media missed the story related to the period before Sheila joined politics and began working for the Congress. It isn’t their fault because they must have been too young when she started serving the nation.”Grewal came from the USA some days before she died. “Thank God I was here to pay my homage to an old friend on her last journey.”Recalling her pre-politics days, Grewal, who hails from Ludhiana, said that in the mid-seventies the apparel export industry was an informal cottage industry. “A few of us who were itching to promote the industry knowing its potential got together to form an association so that we could upgrade this nascent industry. Those were the days of the Licence Raj and things were not conducive to carry forward our efforts. We needed an intelligent and influential young personality to create understanding between us and the bureaucracy.” “We found that person in Sheila, who was born in a Kapoor Khatri family in Kapurthala in Punjab. She had studied at the Convent of Jesus and Mary School in New Delhi. Smart, Sheila had graduated with a Master in History from the Miranda House, Delhi University.

Sheila had married into a powerful Congress family from Uttar Pradesh. Her father-in-law, Uma Shankar Dikshit, was a top party gun. Her husband, Vinod Dikshit, was an Indian Administrative Service (Uttar Pradesh cadre) officer. “She was the ‘perfect candidate’ we were looking for. We engaged her services to guide us in achieving our goal. As friends, we clicked as I was born and brought up in Ludhiana, said Grewal. “We engaged her services to guide us. We handed over the reign of the Apparel Export Promotion Council (AEPC) to her,” said Grewal, who then headed the organization. “It took her no time to make AEPC a semi-government body. The day to day industry problems were solved by her and AEPC and the trade flourished. In five years, it became the top foreign exchange earner for India, employing lakhs of skilled and semi-skilled labourers. “There wasn’t a single metropolitan city in the world that did not carry Indian labels in their fashion stores,” said Grewal. “The story of this visionary lady did not end there. When she became Delhi CM, we approached her to establish a fashion institute which was the need of the day because we were depending on foreign experts for our factories. Readily, she agreed to help. In no time, she provided land and funds to establish the prestigious National Institute of Fashion Technology (NIFT).”

“I’ll be least hesitant to call Sheila the mother of the apparel export industry. This stellar achievement far outweighs her three tenures as CM,” said Grewal adding that he was proud of the laudable achievements of his young days’ friend. “May God rest the soul of this ‘Uttar Pradesh Ki Bahu’ in peace!”