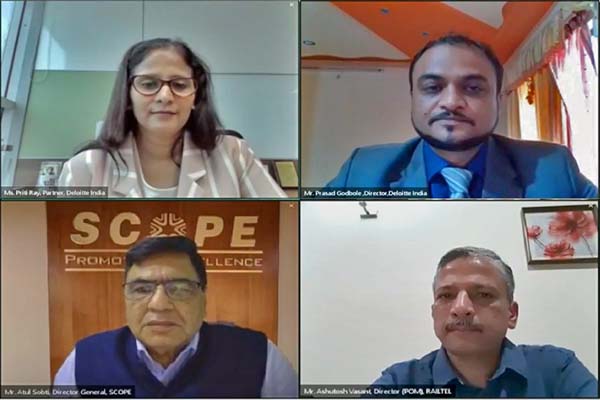 Mr. Atul Sobti in his address stated that the pandemic has been a litmus test for business around the globe leading to rapid adoption of technologies at work. He added that in the upcoming days, a wave of technological disruptions like AI and RPA will ultimately transform the entire working system but suggested to carefully select processes to augment further.

Deloitte team with Ms. Priti Ray and Mr. Prasad Godbole made a presentation and discussed the journey of Digital transformation around the globe highlighting the quantum and pace with which technology is changing at the moment. They further discussed the advantages and challenges of Automation and encouraged PSEs to adapt the same to be more efficient and globally competitive.

Mr. Ashutosh Vasant in his address said that while the future for technological disruption is bright, the right enthusiasm and adaption of the same in PSEs can help them excel in the future.