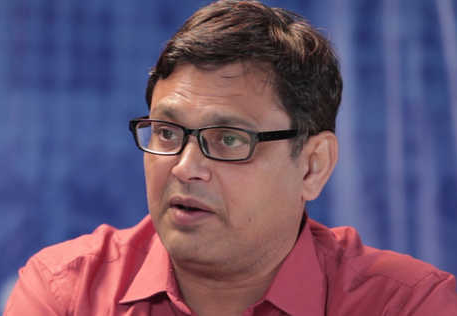 Since beginning communities have gone to extraordinary lengths to avoid infections, however, before COVID pandemic nobody thought that a virus, 100 times smaller than even bacteria, would make human closeness a big problem. Even centuries before we knew about microorganisms, antibodies or vaccination, people had a pretty good idea that being infected was something to avoid at all costs. Looking at humanity’s long history of desperate, even nauseating strategies for avoiding infection involved staying home, keeping distance, toad vomit-flavored lozenges or the prospect of tooth pulling.

In Ayurveda, Pandemic is explained in Charaka Samhita Viman Sthana under Janpadodhwansniya Adhyaya. Regarding prevention of infections Ayurveda has discussed conduct under “Sadvritta” (Code of good conduct). It can be classified as

Social Distancing – Time: 5th century BC – Scene: Bible, the Book of Leviticus 13:46: “And the leper in whom the plague is… he shall dwell alone; [outside] the camp shall his habitation be.”

Four Thieves Vinegar – Today we achieve disinfection by hand washing or using alcohol based disinfectants. Legend says that in the Middle Ages “four thieves vinegar” – a concoction of herbs brewed in cider vinegar was invented by a group of grave robbers to keep them safe from decomposing infected material. However, when they were arrested they agreed to share their secret recipe in exchange for freedom. Since then, it was common to douse oneself in– before leaving the house, as a way of staving off the plague.

Cane Six Spans Long – Fast forward 16th-Century Sardinia; Scene – outbreak in the city of Alghero, the good doctor Quinto Tiberio Angelerio devised an ingenious method of social distancing, in which “any person going out from home must carry a cane six spans long [the distance measured by a human hand], and as long as the cane is, one must not approach other people”. Furthermore, he also recommended only one person per household venture out to do the shopping, and urged his readers to be careful when shaking hands.

1793, yellow fever outbreak, the US government simply evacuated entire sections of Philadelphia, then-capital of the USA. At that time nearly ½ the population of Philadelphia (estimated 20,000 people) was evacuated.

Lazarettos – Time: 18th Century, Scene: Italy, Leper colonies and lazarettos were established as a means of preventing the spread of leprosy and other contagious diseases through social distancing.

1918 flu pandemic – Scene: St. Louis, USA, after the first cases of influenza were detected in the city, authorities implemented school closures, bans on public gatherings and other social-distancing interventions. Later, the influenza fatality rates in St. Louis were much less than in Philadelphia, which had fewer cases of influenza but allowed a mass parade to continue and did not introduce social distancing until more than two weeks after its first cases.

Dental Job – Time: 1940s, as a part of dental practice, women would routinely have all their teeth removed, as a way to prevent sepsis (during pregnancy). As a matter of fact this strategy was so popular that it was often paid for as part of a wedding gift, or for their 18th birthday.

School closures – Time: 1957-58 – Scene:  Asian flu in US, enforcing school closures were shown to reduce morbidity from the Asian flu by 90% and up to 50% in controlling influenza in the U.S.

Evolution of the term – Social Distancing

It started with a memoir by a friend of Napoleon, who talked about how he experienced social distance (space) in his friendship with Napoleon, as Napoleon began to conquer more places. Then it’s used a lot as a euphemism for class in 19th-century British newspapers and as a euphemism for race in 19th century U.S. newspapers. In the 1920s, the Social Distance Scale [which measures prejudice by asking participants to describe how comfortable they feel interacting with people of another race] becomes a social science tool, a reductive attempt to slice the world into ethnic groups, and it’s still in use.

In public health, social distancing, aka physical distancing, is a set of non-pharmaceutical interventions / measures intended to prevent the spread of a contagious disease by maintaining a physical distance between people and reducing the number of times people come into close contact with each other.