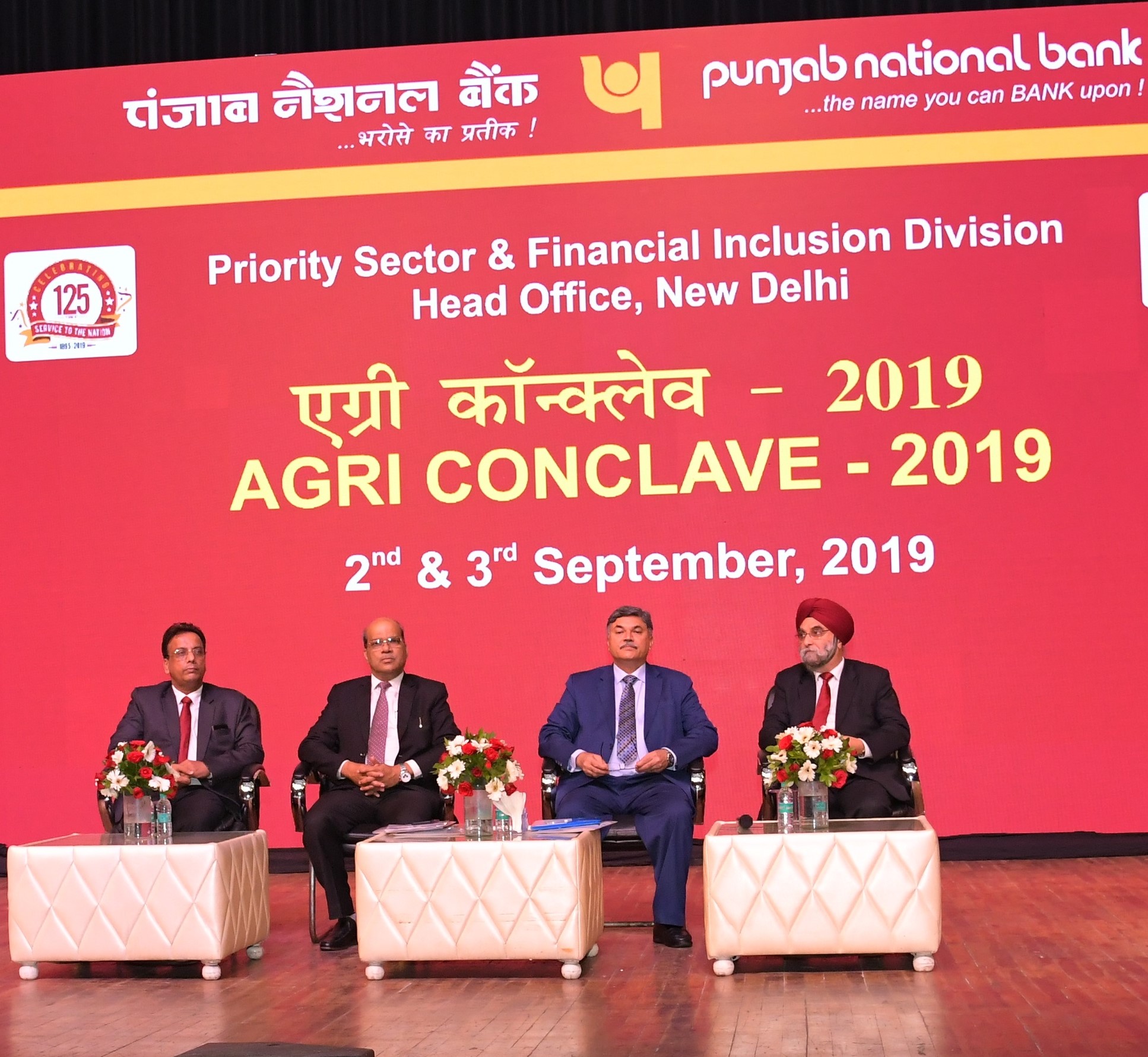 A two days Agriculture Conclave was organized by Punjab National Bank at Siri Fort Auditorium, New Delhi on 2ndand 3rdSept. 2019. Around 1000 Agriculture Officers of the Bank from all across the country,participated in this GRAND UTSAV. The Conclave was inaugurated by Sh. Sunil Mehta, Managing Director & CEO, and Dr. R. K. Yaduvanshi, Executive Director of Punjab National Bank. The theme of the conclave was “Capital Formation & Investment Credit in Agriculture”. Sh. Sunil Mehta, called upon all the Agriculture Officers to work and contribute in doubling of farmer’s income by 2022. He also exhorted the Agri officers of the Bank for close liaising with the farmers of their area to understand their needs, extend timely farm credit and advise them to adopt modern technology to increase the farm productivity.

Dr. Yaduvanshi, ED advised the participants to look beyond traditional schemes and take up new schemes/projects to boost capital formation in the Agriculture sector. He also emphasized to increase the investment credit in agriculture for creation of enablers/infrastructure for farmers in rural/semi-urban areas to generate additional source of income and help them in doubling their income by 2022. Sh.  A K Azad, ED while interacting with the participants, suggested to work among the rural population and be a source of change for upliftment of the rural India. Sh. B S Raina Corporate General Manager highlighted the Bank Schemes formulated for farmers and agriculture entrepreneurs. A compendium of Agriculture and Financial Inclusion schemes of Bank was also released on this occasion. Shri Akhilesh Garg, DGM-PS&FI Division extended the vote of thanks to all the participants at the end of the conclave.