The government having received "Sufficient and good response" even in these COVID times. Interestingly during 1918-19 BPCL's contribution to the exchequer by way of taxes, duties and dividend was Rs 95035.24 Crore,  compare this with the one estimate of Rs 60000 Crore which the government is expected to receive through 52.98 per cent government stake in BPCL. Does it still really make sound economic sense? 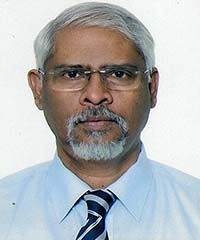 It is said that unlike an engineer or a doctor the economist does not have to pay for his faults maybe for that very reason the suggestion of scrapping the entire public sector as a panacea for all Indian economic ills,  needs to be approached with caution. The recent BPCL disinvestment is a case in point, some will surely recall the avowed intention, of prevention of monopolies, which had lead to the birth of BPCL from the erstwhile Burmah Shell. In any case, the company seems to have turned a full circle, the last date of bidding for this profitable PSU was Nov 16, 2020 and there is talk of the government having received “Sufficient and good response” even in these COVID times. Interestingly during 1918-19 BPCL’s contribution to the exchequer by way of taxes, duties and dividend was Rs 95035.24 Crore,  compare this with the one estimate of Rs 60000 Crore which the government is expected to receive through 52.98 per cent government stake in BPCL. Does it still really make sound economic sense?

How quickly and conveniently everyone seems to have forgotten it was the mixed market economy which laid the groundwork for transforming India into one of the fastest-growing economies. PSUs have been in the forefront of building capital goods, infrastructure, job creation, equal employment opportunities, the inclusion of SC/ST/OBCs, Women, Physically Handicapped and other less privileged groups in industries.

The Banking, Insurance,  Airlines, Coal, Steel, Cement, Aviation, Hospitality sectors were all pioneered by PSUs. Especially noteworthy was the role played by PSU Oil & Gas majors like ONGC,IOCL,BPCL,HPCL,GAIL who succeeded in competing against and doing away with the vice-like grip of the foreign oil monopolies. In times of shifting geopolitical realities, conflicts and war these government owned companies provided the much needed oil independence to the nation. The recent Ujjwala, LPG scheme is a world class example in energy democracy and environment protection. Carried out exclusively by the PSU companies it found mention in the Guinness Book of World Records.

Sustaining world-class corporations demands a lot from its promoters and is actually a  value-creating process which may have a larger strategic goal than mere profits. A World Economic Forum report has stated that India is emerging as the third-largest consumer market just behind US and China and consumer spending in India is expected to grow from USD 1.5 trillion at present to nearly USD 6 trillion by 2030. Does it not, therefore, make sense for the government to remain invested through actual participation in some of the more profitable business verticals?  India is surrounded by developing economies which are not always politically stable, while a PSU is obligated to stand by the government in trying times;  Private Equity, FDIs, Venture Capital etc. cannot automatically be expected to back the nation during war or national calamity. In India,  the private sector may not shy away from becoming a  monopoly, even show propensity in utilizing the infrastructure of PSUs under the Common Carrier/User principle however it obviously would be averse to similar quid pro quo privileges for a PSU.

Today, environment and sustainability are central issues for industries and PSUs outscore their counterparts on both. It readily comes to mind the cases of a PSU Oil Refinery near Taj Mahal and the recent closure of a large Private Enterprise plant in Tamil Nadu. Privatization champions do not hesitate in rooting for creation of infrastructure, employment opportunities, improving skill sets  of employable, enhancing general work culture & ethics by the Government and Government alone. The government is thus faced with the double whammy of not receiving industrial income while simultaneously being burdened with the support services for private enterprises. Most will agree that the “Spare parts” style of selling a PSU may not really be a sound practice as it results in substantial losses in terms of retaining inventory of intermediaries and loss in the value chain apart from having to face  “Auditory Speculations”. The Indian Trade Unions were up in arms not only against privatization but also changes in labour legislation to no avail whereas here again  track records show that PSUs are a march ahead than their private counterparts as far as compliance is concerned. PSUs fare much better on indices relating to Corporate Governance, Integrity Pact, CSR, Transparency, Inclusion, Voluntary Disclosures etc. The conduct of business during COVD- 19 of most PSUs has been exemplary. With the government determined to exit the business of doing business, the effective control on pricing of commodities especially POL can become a huge challenge.  It’s a well-known fact that the collection of taxes from  PSUs is easier than from private companies. In fact, a  PSU can perform much better with a dose of liberalization and opening of the tight-fisted government controls. Policy changes should aim at making PSUs more responsive to market forces than to bureaucratic dictates.

The cause of non-performance of certain PSUs seems to lie squarely in the area of management and not on the holding pattern. Satyam, Sahara, Nirab Modi, Vijay Malaya’s businesses, Jet Airways etc. all in the private sector, folded up leaving the employees on the streets and consumer confidence shaken. The government with its limited resources was left burdened with the task of chasing defaulters and restoring consumer confidence. Maybe, India has to acknowledge the fact that it’s yet to achieve the nature of a fully mature economy with responsible corporate citizens. Therefore, some sort of handholding by way of majority equity participation at least in strategic sectors continues to be an economic necessity. Many countries like Greece, Venezuela, Mexico, Nigeria even Britain and Hongkong which toyed with extensive privatization have realized their mistake in putting all their eggs in one basket. A UN Report of Sept. 2018 states that Privatization is generally a technical solution for managing resources and reducing fiscal deficits. Yet,  privatization often involves the systematic elimination of human rights protections and further marginalizes the interests of low-income careers and those living in poverty. Massive privatization can impart citizen hardships causing adverse public sentiments leading to civic disturbances which a developing economy like India can scant afford. People over policies should be the guiding principle for any national economy. Creating leaner, market-driven PSUs may be a more demanding call for any government however it may prove to be a much safer & surer path than the relatively easier and alluring total sell-off of PSUs. India should consider emulating the practice of many countries who have national companies, especially in strategic sectors.  Total PSU annihilation is a  cul-de-sac and everyone knows a  bird once let out of the cage cannot be whistled back again.- By Sidhartha Mukherjee.

(The views expressed by the author in this article are purely personal.)