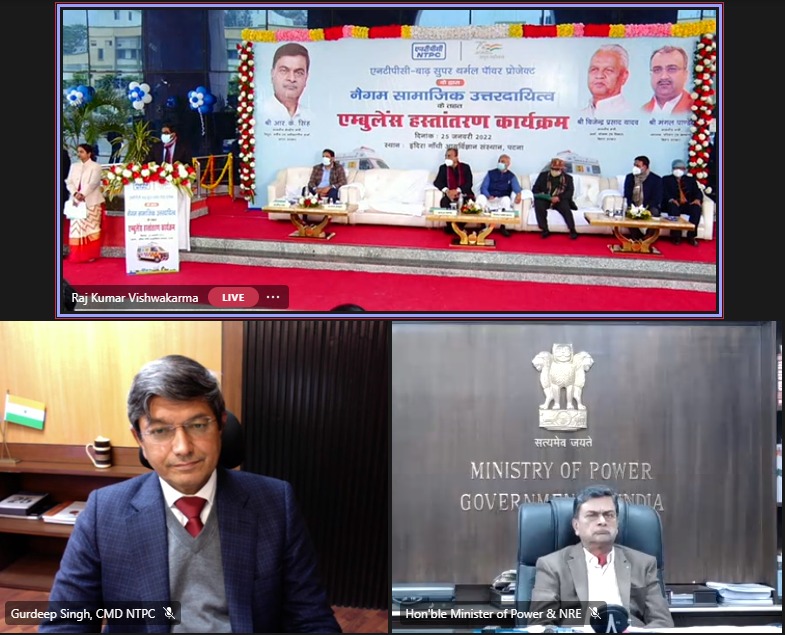 Speaking on the occasion, Shri R.K Singh said that handing over of the four ALS ambulances to IGIMS, Patna by NTPC reflects the best in the CSR and we are continuously and proactively supporting the state of Bihar.

Shri Singh said 10 ambulances have already been provided to IGIMS, Patna and on the request of Bihar government he assured two more ambulances will be provided which would be a total of 16 ambulances for IGIMS, Patna.

Congratulating the efforts of NTPC and state health department in strengthening the health sector in the state, he said this is the work for progress and wellbeing of the people of the state and such efforts will continue in the future also.

NHPC declares highest ever dividend of Rs 1.81 per share