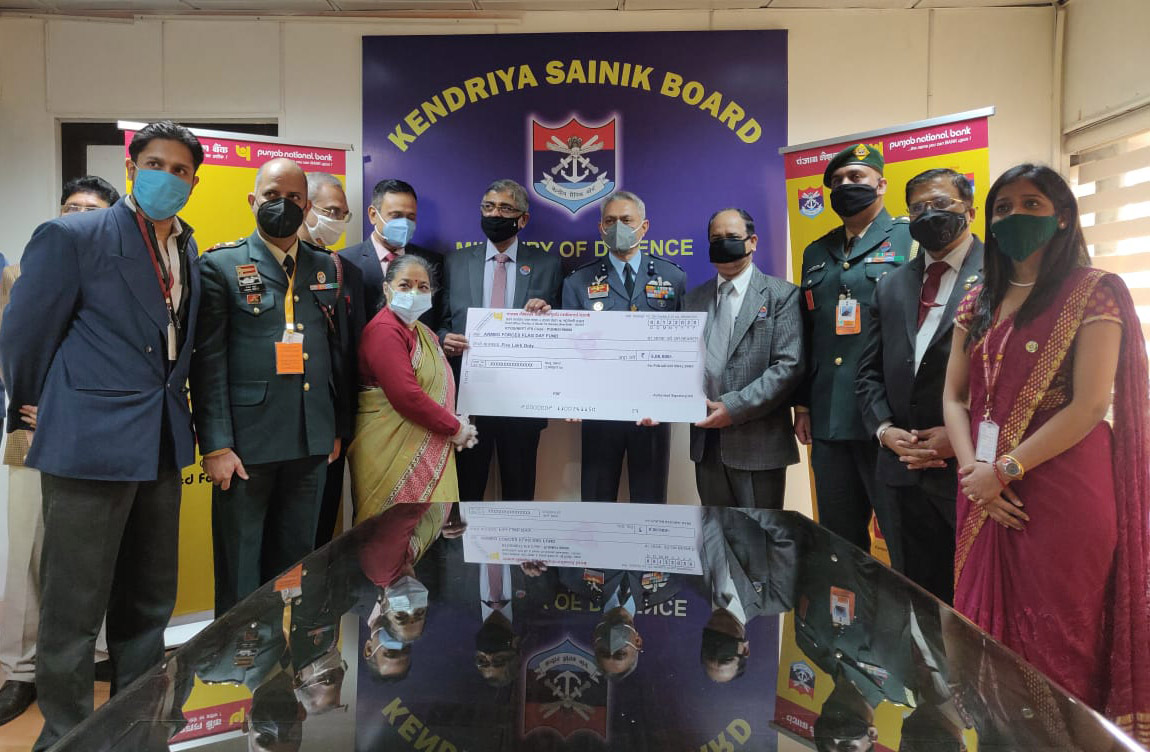 New Delhi, 0: Nation’s leading bank, Punjab National Bank on Saturday announced contribution towards the Armed Forces Flag Day Fund (AFFDF) for the welfare of war-widows and children of the brave men who made the supreme sacrifice in the line of duty as well as the families & dependents of the Ex-servicemen. Mr. Vivek Jha, Chief General Manager, PNB presented a cheque to AIR CMDE B Ahluwalia, VSM.

PNB is servicing our armed forces dedicatedly and with the highest level of integrity through its 118 branches in the cantonment areas. Armed Forces Flag Day Fund is utilized to run a large number of welfare schemes for rehabilitation, marriage, education of the Ex-servicemen, their families and orphaned children.

EESL signs MoU with PCRA for implementation of “Energy Efficient…

Inauguration of remote sensing and GIS lab at NHPC

The Kendriya Sainik Board, which is a 110-year-old institution, is the apex body under the Hon’ble Raksha Mantri (MOD) that looks after the welfare of approx. 37 lakh ex-servicemen. The welfare of ex-servicemen, war widows, battle casualties, orphaned/dependent children is accomplished by KSB through schemes funded from contributions made by esteemed donors to the Armed Forces Flag Day Fund.