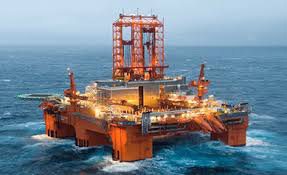 ONGC Videsh Limited (OVL), the wholly-owned subsidiary and overseas arm of Oil and Natural Gas Corporation Ltd. (ONGC), the National Oil Company of India has made a significant strike of oil in its onshore block CPO-5, Colombia, in Llanos Basin. OVL is Operator in the block with 70% stake along with its Partner Geopark Ltd. (30% stake) an independent oil and gas company focussed in Latin America.
The well “Indico-2” lies approximately 0.9 km northwest of the well Indico-1 in the subsurface and was spudded on 21st Sep, 2020. The target depth of 10,925 ft reached on 20.10.2020. The well has encountered a net pay of 147 ft in the LS-3 reservoir of Une Formation (Cretaceous) which during initial testing produced oil of 35.2 degrees API in commercial quantity @ 6,300 BOPD, with negligible BSW of 0.11%. Currently, the Well is flowing under Short Term Testing with multi bean study for further evaluation. This is the fourth commercial find in the block by OVL.
The light oil was discovered in the first well “Indico-1X” in the Indico field during December 2018, and to-date it has demonstrated a sustained flow @ 5200 BOPD with cumulative production of over three million barrels of oil so far.
CPO-5 is a large onland block covering an area of 1,992 SKM and offers multiplay Exploratory and Appraisal opportunities. The Company now plans to drill more wells to explore the other plays in the block in immediate future. OVL is also undertaking additional 3D Seismic data to map more drillable prospects in the other sectors of the block.
OVL has a significant presence in Colombian Oil & Gas sector and holds Participating Interest in 7 exploratory blocks in addition to 2 producing blocks with 50% stake in JV Company, Mansarovar Energy Colombia Ltd (MECL)