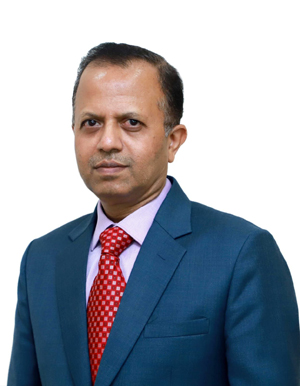 O N Gyani has taken over charge as the Director (Operations) in the Board of ONGC Videsh Limited (OVL) – the international petroleum company of India. MrGyanihas rich experience of more than three decades in diverse aspects of reservoir and production management of onshore and offshore fields in ONGC, JV and OVL.

Prior to joining in OVL, he was Asset Manager of the largest Onshore Asset – Mehsana. He steered the Asset to reverse the declining trend of production from matured fields and prepared a roadmap for unlocking the true potential of the Asset.

Prior to leading Mehsana Asset, he headed the prestigious Institute of Reservoir Studies (IRS) and managed reservoir health along with development planning by formulating IOR / EOR schemes of all major Assets. During the same period, ER policy was implemented by the government and he played pivotal role in screening and expansion of EOR projects within and outside ONGC.He has diverse experience in screening, designing and implementing thermal, chemical and gas-based EOR in different fields. He was also involved in evaluation of Carbon Capture, utilization and storage (CCUS) project for implementation in western India.

MrGyani started his career in 1987as Petroleum Engineer from Indian School of Mines. He has diverse professional experience in majority of ONGC Assets viz. Cauvery, Rajahmundry, Assam, Ankleshwar, Cambay and B&S. He raised oil production to peak level during his tenure in several Assets. He also contributed significantly in field growth through meticulous performance evaluation. He was a key contributor in the growth story of B&S Asset of Western offshore by improving oil production three fold from 20000 bopd to 60000+ bopd by formulating and implementing high-value development schemes.

MrGyani is well known for his vast experience in reservoir management, field development and EOR domain,both as Head of Institute and Asset Manager. He has to his credit the value addition in several IOR/EOR schemes leading to reserves accretion, improvement in productivity and recovery from several fields.