The Chief Justice of High Court Chennai Bench orderded to RBI,SBI & ASG to get ready for reply in two weeks. 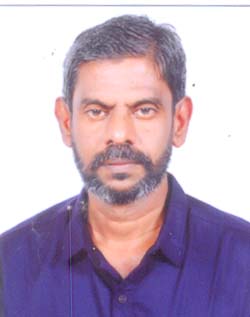 Chennai: Sri R P Ilango Yadav, the General Secretary of Syndicate Bank OBC Employees Sangham has filed four Public Interest Litigations as a party in person before Madras High Court, challenging the four gazette notifications No.133 dated 04.03.2020, No.128 dated 22.02.2017, No.02 dated 02.01.2019 and No.128 dated 22.02.2017, which led to the closure of 13 PSBs. The case came for hearing on 28.10.2020 before the Division Bench of Lordship Hon’ble Chief Justice of Madras High Court Sri Amreshwar Pratap Sahi and Hon’ble Justice Sri Senthilkumar Ramamoorthy. After hearing the arguments from both sides on 1st point of consideration whether Amalgamation scheme was prepared legally and got approval of both houses of the parliament before implementation?

We are trying our best to make a small contribution to…

Indian Archers have brought laurels and glory to the country-D.K.…

In connection with 4 public interest litigation filed in connection with the amalgamation of Public sector Banks, the petitions came up for hearing on 28.10.2020 and now further hearing is fixed on 26.11.2020. It is a national important issue and I pray the media to give adequate important so that, this anti public interest will come to light and will create a pressure so that the government can realize its action as wrong and will do the needful to stop the amalgamation by cancelling the amalgamation gazette notification and allow all the merged public sector Banks to function independently like what they were before amalgamation. I am submitting a small write up as below to have an on the spot information about PIL and I request the media friends do the needful to disseminate this information.

The following order was passed

“It is stated by Mr.R. Sankara Narayanan, learned Additional Solicitor General and Mr.C. Mohan, learned counsel for Reserve Bank of India and State Bank of India that the acquisition scheme was placed before the Parliament, probably on 06.03.2020. They, however, want to confirm the status of the said proceedings and also pray that the papers which have been circulated by the petitioner may also be made available to them for any further instructions. 2. Let the said information be confirmed  within two weeks.

As on 31 March 2017 the Total number of branches were 96317 but as on 31 March 2020 the total number of branches reduced to 92714. Each bank branch is like an establishment and the economy flourished these many years predominantly due to the public sector banks of the nation. Crores of Downtrodden youth are stepping in to Higher Educational Institutions only because they get Education loans from Public sector banks. Crores of Farmers are feeding the nation only because they are able to get cheap Crop loans from Public sector banks. Crores of Micro and Small Enterprises are running successfully and Crores of Direct and Indirect Non-Agri employments are getting generated only due to the cheap MSME loans from Public sector banks including the MUDRA scheme, PMEGP, KVIC, and Stand up India etc. 125 Crore people are sleeping peacefully because their money deposited in the Public sector banks are safe. Crores of Salaried people are running their family peacefully because their salary accounts with Public Sector Banks don’t demand a minimum balance of 10000, the maximum monthly salary amount of crores of people. Pensioners are living a dignified life because their pensions are disbursed by the Public sector banks promptly. Crores of Downtrodden people are aiming for a dignified life and better future with the only hope that they have the help of Public sector banks to support. Hence opening a single public sector bank branch in a rural or semi-urban area is like lighting the lamp in the lives of many downtrodden families.  Hence closing a single public sector bank branch is like shutting off the lives of the entire community where the branch was closed. Yet, for no valid reason 15 Public Sector Banks were shut down and 3500+ branches were shuttered down.  We have 6.5 Lakh villages in our country as per 2011 Census data. So we need at least 2 to 3 Lakh Rural bank branches for the financial inclusion and upliftment of the 85 Crore downtrodden people living in the 6.5 Lakh villages. But we had only 29133 PSB rural branches as on 31 March 2017 which is further reduced to 28946 now. i.e 187 rural PSB branches have been shut down in 3 years after the amalgamation of PSBs. Crores of OBC and SC ST Youths are lifting their families from misery only through the public employment.  But the amalgamation of PSBs will come as big blow to those downtrodden graduates and thereby initiated a deep unemployment crisis. SBI set the example by reducing existing employment opportunities in their bank to the tune of 0.15 Lakh in just 24 months after amalgamation. Further by way of the closure of 2018 branches another 0.16 Lakh direct employment opportunities was quashed by the SBI. In addition to the above sorrows, closure of a PSB branch will push crores of farmers, small traders, MSEs near that branch to a deep financial and unemployment crisis. The Private Banks and NBFCs are pushing them in to a debt trap stripping them off every penny and finally the hard-earned dignity. Suicides are increasing in those villages where there is no PSB branch.

How and When Public Sector Banks can be merged? :

Step 1: PSB should be weak and eligible for a moratorium as declared by the RBI.

This is further fortified by the Honourable Supreme Court Judgments in case of New Bank of India Employees Union &…vs Union of India & Ors of 1996 and 63 Moons Technologies Ltd Vs Union of India of 2019. Both judgments categorically stated that Sec 9 of Banking companies Acquisition Act 1970/1980 is primavera with Sec 45 of Banking Regulation Act 1949 which speaks about the amalgamation of private banks only in case they are under moratorium

Step 2: RBI can prepare draft amalgamation scheme only for the banks which are under moratorium

Step 3: Govt must approve the draft amalgamation Scheme and place it before both houses of the parliament for 30 days session. The Scheme will come to force only after both houses approve the scheme.

The amalgamation of any weak bank is possible only after following the above steps.

How the 13 PSBs were amalgamated illegally? : None of the above four steps was followed in all the amalgamation of 13 PSBs in the last 3 years. No PSB was weak but with sound capital and well-performing as per the Govt data and the RBI PCA indicators, hence they cannot be amalgamated. Thus the amalgamation of the PSBs were carried out illegally in violation of the Banking companies Acquisition Act 1970/1980, Supreme Court Judgments, Article 31A1C of the constitution of India, creating discrimination between customers and employees in violation of Article 14, goes against the distribution of wealth and results in a concentration of wealth in violation of the Article 39 (b) and (c), the core principles based on which the Acquisition Act 1970/1980 were enacted. Further the amalgamations of 13 healthy PSBs were done in pure violation of the Competition Act 2002 without mandatory approval from The Competition commission. Payment and Settlement Act 2007 and Negotiable Instruments Act 1881 are also violated because closed banks are still participating in the payment systems.

What is the Solution? : Since all the four gazette notifications No.133 dated 04.03.2020, No.128 dated 22.02.2017, No.02 dated 02.01.2019 and No.128 dated 22.02.2017, which led to the closure of 13 PSBs, are found to be illegal, all the 13 PSBs namely State Bank Of Bikaner and Jaipur, State Bank of Hyderabad, State Bank of Mysore, State Bank of Patiala, State Bank of Travancore, Allahabad Bank, Andhra Bank, Corporation Bank, Dena Bank, Oriental Bank of Commerce, Syndicate Bank, United Bank Of India and Vijaya Bank must be reopened again by the Govt and RBI.130 Crore people will get justice only if the public sector banks flourish. Reopening of the 13 PSBs again will take the nation to great heights

RBI has come out with a timely and proactive…

We are trying our best to make a small…

Stellar performance by Indian archers at…

Tips for Healthy Eating during Ramazan

Indian Oil stands in support of the Nation to…