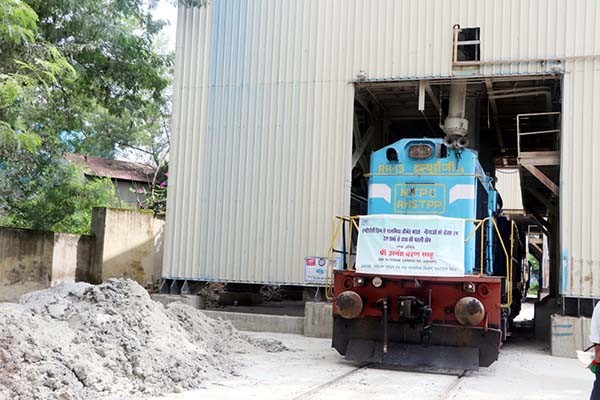 India’s largest power producer, NTPC has started to collaborate with cement manufacturers across the country to supply fly ash as part of its endeavour to achieve 100% utilisation of the by-product produced during power generation. The power producer is leveraging Indian Railways’ sprawling network to transport fly ash in an economical and environmentally friendly manner.

During the financial year 2019-20, almost 44.33 million tonnes of fly ash was utilised for various productive purposes. NTPC produces approximately 65 Million Tonnes of Ash annually, out of which 80% (approx. 52 Million MT) is Fly Ash. Presently, about 73% of total ash is being utilized for the production of cement and fly ash bricks, road embankment construction, mine filling, low-lying land development, and ash dyke raising. With a total installed capacity of 62.9 GW, NTPC Group has 70 Power stations comprising of 24 Coal, 7 combined cycle Gas/Liquid Fuel, 1 Hydro, 13 Renewables along with 25 Subsidiary & JV Power Stations. The group has over 20 GW of capacity under construction, including 5 GW of renewable energy projects.