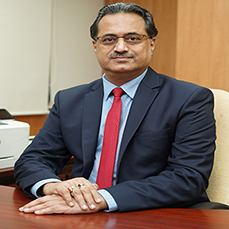 New Delhi: Shri Bhattacharya joined NTPC in the year 1984 as Ninth Batch of Engineering Executive Trainees and was initially posted at NTPC Korba which was then situated in Madhya Pradesh. He is an Electrical Engineering Graduate from Jadavpur University, Kolkata. He has also completed his PG Diploma in Management from MDI, Gurgaon.
Shri Bhattacharya started his career in Green Field Project Construction, followed by working in the areas of Power Plant Operation & Maintenance, Renovation & Modernization, Environment Management and Technical Services at NTPC Farakka (1600 MW) in West Bengal. After serving in Farakka in various departments, he moved to NTPC Talcher Thermal (450 MW) in Odisha, an old and underperforming asset, taken over from State Electricity Board. Under his stewardship, along with his team, the power station went on to become a top-performing station in years to come.
Shri Bhattacharya has significantly contributed for NTPC’s vertical & horizontal business diversification as well as growth through inorganic route. He has had an illustrious career in Business Development function of NTPC in Domestic as well as International Arena with special focus on NTPC’s diversification into hydroelectricity with the acquisition of Koldam and setting up of subsidiary company namely NESCL for the electricity distribution business. He has been at the forefront of JV formulation & Project conceptualization for 1320 MW Maitree Power Project at Bangladesh.Before appointment as Director (Projects), NTPC he has worked as MD and CEO (Bangladesh India Friendship Power Company Limited), ED (International Business Development) and ED (Projects), NTPC.