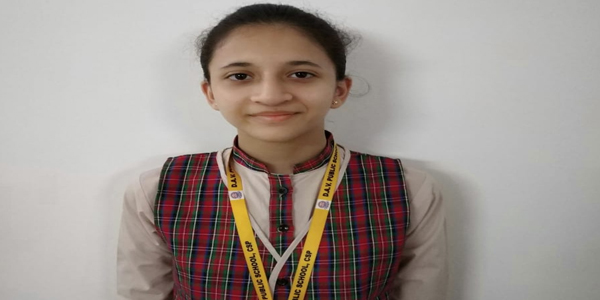 It is a moment of immense pride and happiness for the NTPC family as Sharanya Nanda, daughter of Shri Samir Kumar Nanda (AGM, Finance) at NTPC Talcher, has been invited by Indian Space Research Organisation to witness history in making when Chandrayan II lands on Moon on 7th September 2019. Sharanya will be among the very few to witness this touchdown on the lunar landscape in the presence of Honorable Prime Minister Shri Narendra Modi in ISRO’s ISTRAC control room.  Sharanya Nanda is a student of class IX, D.A.V. Public School, Chandrasekharpur, Bhubaneswar. She was selected on the basis of “Online Space Quiz” conducted by MyGov.in and ISRO in August 2019. Two students (studying in class 8 to 10) with highest marks were shortlisted from each state and union territories. The students were required to answer 20 questions related to space science and mission in 10 minutes.

In 2017, Sharanya had also received a letter of appreciation from Honorable Prime Minister Shri Narendra Modi for writing a poem on Swachh Bharat Mission.