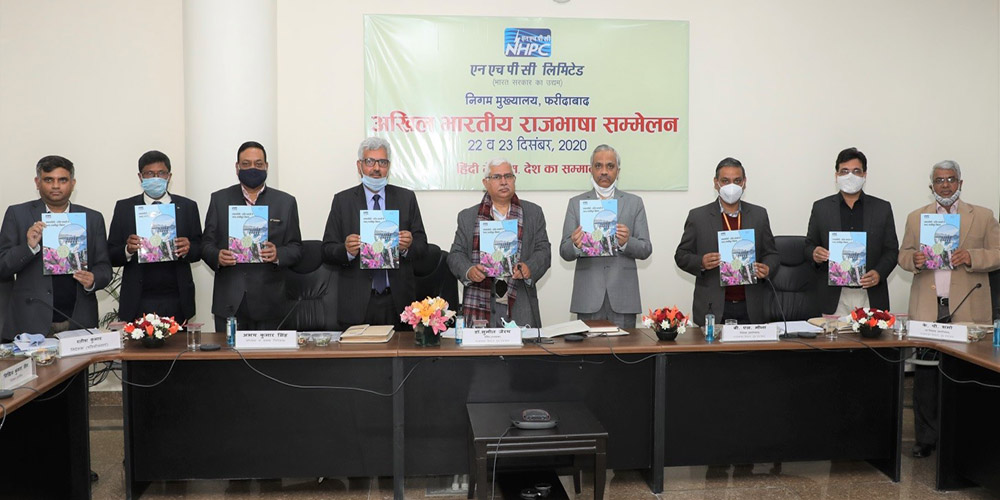 In his address, Secretary (Rajbhasha) spoke about the importance of Rajbhasha Hindi and said that the love and attachment to Rajbhasha is a form of love for the Nation. He called for the incorporation of 10 ‘Pra’ i.e. Prerna, Protsahan, Prem, Prize or Puruskar, Prashikshan, Prayog, Prachar, Prasar, Prabandhan, Prayas in the department’s strategy to move ahead in the field of Official Language. Secretary (Official Language) expressed satisfaction on the efforts being made by NHPC for implementation of Official Language. On this occasion, Secretary (Rajbhasha) and other senior officials also visited the ‘Experience Centre’ set up at the Corporate Office and commended the work being done by NHPC towards nation-building. The Rajbhash