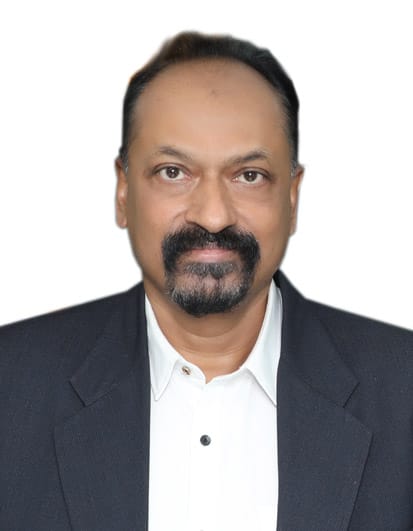 Shri Biswajit Basu has taken over as Director (Projects), NHPC Limited, India’s premier hydropower utility and a Schedule ‘A’ enterprise of Government of India on 1st January 2021. Prior to his appointment as Director (Projects), he held the position of Chief General Manager, Project Monitoring and Support Group Division, NHPC. Born on 30th December, 1963, Shri Biswajit Basu is an electrical engineering graduate from Tripura Engineering College (Now NIT, Agartala). He joined NHPC in year 1987 as a Trainee Engineer (Electrical) at Loktak Power Station, Manipur and steadily has risen to the professional ladder in NHPC. During his career spanning around 33 years in NHPC, Shri Basu has worked in various projects during construction and O&M stages.  The projects where Shri Basu was posted during their Construction Stage were Kurichu (60 MW, Bhutan), Chamera-II (300 MW, Himachal Pradesh), Subansiri Lower (2000 MW, Arunachal Pradesh and Assam), Sippi (4 MW, Arunachal Pradesh), Loktak Down Stream (66 MW, Manipur), Dibang (2880 MW,Arunachal Pradesh).  He was also posted in O&M Projects such as Loktak (105 MW, Manipur), Rangit (60 MW, Sikkim), Chutak (44 MW, UT of Ladakh), Dhauliganga (280 MW, Uttarakhand). During his tenure, he has worked as Head of Project at Chutak Power Station (Ladakh), Loktak Power Station (Manipur), Dibang Multipurpose Project (Arunachal Pradesh) and Dhauliganga Power Station (Uttarakhand). During the commissioning of TLDP – III Power Station, he was the Incharge of Commissioning Team. He was also the CEO of Loktak Downstream Hydroelectric Corporation Limited (LDHCL), a joint venture between NHPC and Government of Manipur. He is also a Nominee Director on the Board of Lanco Teesta Hydro Power Limited (LTHPL), a subsidiary of NHPC. He went for training to Sweden and France under Transfer of Technology Programme.

Known for his technical excellence, strong leadership skills and the highest ethical standards, Shri Basu is also a passionate and an avid sportsperson. He had captained NHPC’s Football Team during his tenure at Loktak Power Station (1988 – 1994) in All India Power Sector Football Tournaments.