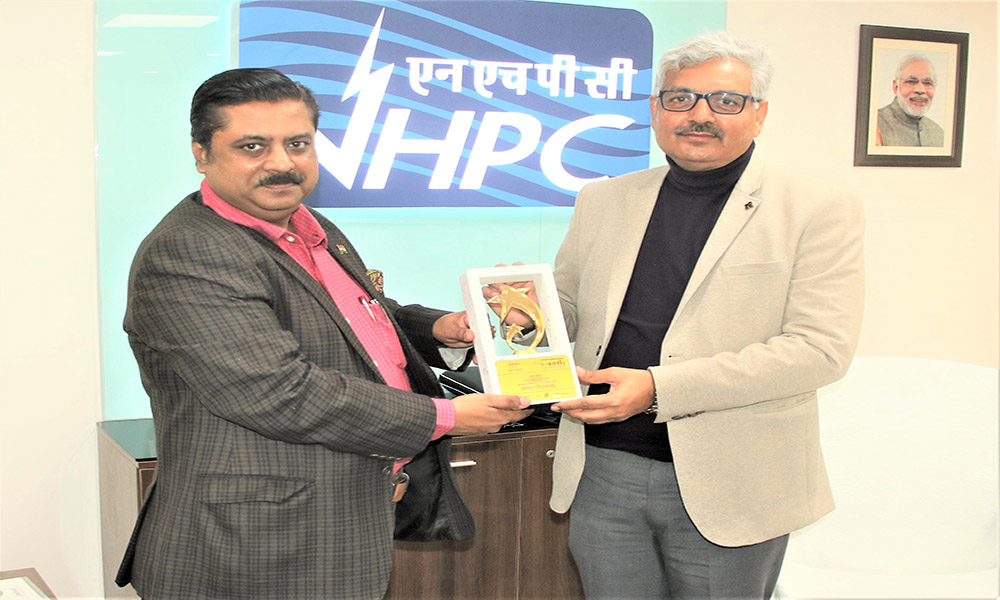 NHPC has been conferred this award for its sustained Performance and Delivery of Projects in the hydropower sector with 7.07 GW of Capacity Index via 24 power stations and is India’s Largest Hydro Renewable Asset Public Sector and by far India’s largest Renewable Energy Company in the Public Sector with its forays into the Solar Arena (100 MW installed capacity of Solar and Wind) and awarded 2000 MW to Solar Power Developers (SPD) for interstate transmission system (ISTS) grid-connected solar photovoltaic (PV) projects.  The award has been instituted by REPA (Renewable Energy Promotion Association) and ENERTIA foundation