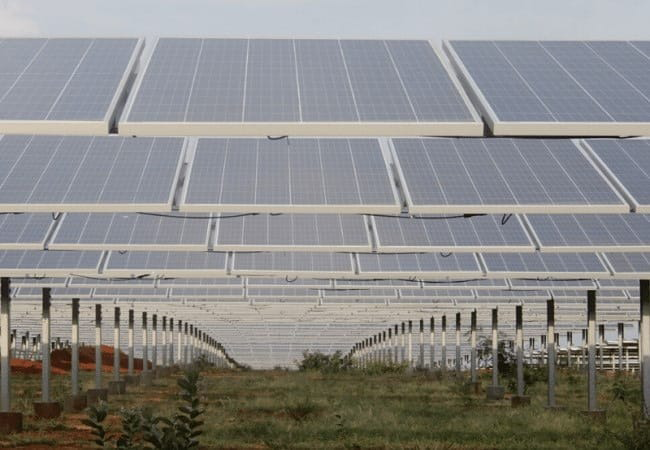 NHPC, India’s hydropower major, which has diversified its portfolio to include Solar Power business is giving a special impetus on large scale development of solar projects in the State of Uttar Pradesh.

Sh. A.K. Singh, CMD, NHPC visited headquarters of Bundelkhand Saur Urja Limited (BSUL) (JV between NHPC & Uttar Pradesh New and Renewable Energy Development Agency (UPNEDA)) in Lucknow on 12th June 2020 towards discussions on NHPC’s plans in the development of Solar Power projects in Uttar Pradesh. In reference to review meeting of UMREPP (Ultra Mega Renewable Energy Power Parks) taken by Shri R.K. Singh, Hon’ble  Minister of State (IC), Power and New & Renewable Energy on 12th June 2020, Shri A.K. Singh, CMD, NHPC communicated with the Principal Secretary, Additional Sources of Energy, UP and other officials on the development of solar projects in UP. Shri Singh emphasised for quick project implementation through BSUL as a good option and that if Government of UP provides the suitable size of land (of the scale of 3000 acre or above) under UMREPP, the immediate action of project implementation on 600 MW or so can be started in the interest of fast Renewable Energy Development. Shri Singh said, “ Uttar Pradesh is a very important state for NHPC and our proposed large investments in the state reflect our commitment towards the development of clean and environmentally friendly solar power which shall be highly beneficial for the state.”

During his visit to BSUL HQ, Shri A.K. Singh, CMD, NHPC instructed Shri Manish Sahai, General Manager, NHPC and CEO, BSUL to depute technical team for a survey of land at Mirzapur for  appx. 100 MW project. CMD, NHPC was briefed by CEO, BSUL about the proposed capacity addition plan of 215 MW in the coming two years. These projects include Solar Power Projects at Kalpi (65 MW), Madhogarh (50MW) & Pratapgarh (100MW) with a total investment of about Rs. 930 Crore. The Engineering, Procurement, Construction (EPC) tenders will be floated for Kalpi and Madhogarh projects shortly. The start of generation from the first project under BSUL is expected by Dec 2021 / Jan 2022. NHPC has ambitious pan-India plans to take expand NHPC’s solar journey to a bigger canvas along with its core business of hydropower development.

Earlier, upon his arrival at BSUL HQ, CMD, NHPC was given a warm welcome by Shri Manish Sahai, General Manager, NHPC & CEO, BSUL along with other senior NHPC officers and employees. CMD, NHPC was also presented “Guard of Honour” by Security personnel. On this occasion, Shri A.K. Singh and his wife Smt. Sudha Singh planted saplings in the official courtyard and also signed the banner showing their commitment towards the Constitution of India as part of the celebrations of the Birth Anniversary of Bharat Ratna Babasaheb Dr. Bhim Rao Ambedkar.