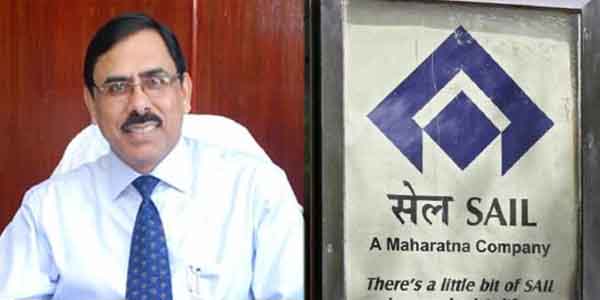 Steel Authority of India Limited (SAIL) is deeply shocked and anguished while sharing the news of murderous assault on the Company’s Chairman Shri Anil Kumar Chaudhary by four unknown assailants on the night of 7th August, 2019 near HUDCO Place, New Delhi while he was on his way back to his residence from office in his official car.Shri Chaudhary was brutally attacked at around 10.30 pm when his car was intentionally hit by another car occupied by four people. As he and his driver came out of their car, one person from the other car caught the driver by his neck while the other three severely attacked Shri Chaudhary with iron rods on his head, neck, knees and legs. The assailants were also armed with knives. The driver was left unharmed. Fortunately, the Police Motorcycle Patrol arrived at the site and managed to nab 2 persons. Shri Chaudhary was taken to AIIMS Trauma Centre for immediate medical treatment. He has since been discharged from the hospital. A complaint to this effect has been registered at Hauz Khas Police Station, New Delhi. The police is investigating the attack from all possible angles.