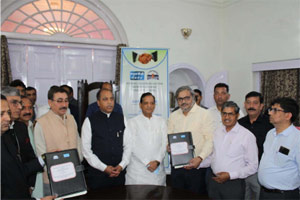 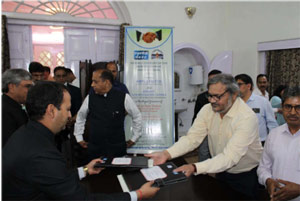 As per MOU , NHPC  shall be  developing a Pilot Green Hydrogen Mobility Project including Hydrogen production in District Chamba (HP). NHPC shall upscale hydrogen production on commercial scale to supply the hydrogen needs of Himachal Pradesh in different sectors like mobility, transportation, heating,  micro grid & subsequent MoU shall be signed separately. 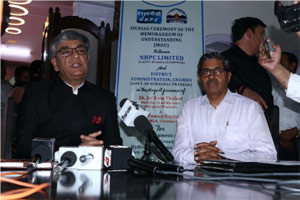 Hon’ble Prime Minister in COP-26 had announced that India will go Carbon neutral by 2070 and by 2030 India will generate 500 GW from non-fossilfuel sources which will be 50% of total installed capacity and this initiative of Government ofHimachal under the dynamic leadership of Hon’ble Chief Minister of Himachal Pradesh & NHPC will be a big milestone in this matter.