NTPC, REC and Power Grid contribution to the state of Bihar in its path of progress.-Power Minister 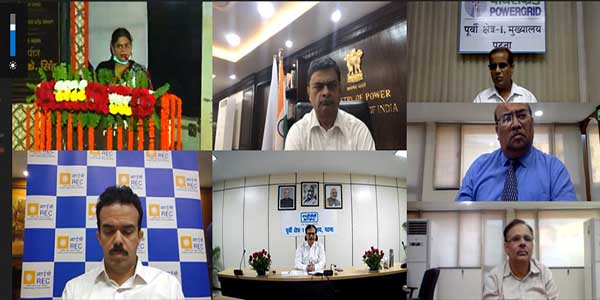 Shri R.K. Hon’ble Minister of State (Independent Charge) for Power,  today, inaugurated various developmental projects and facilities in Bihar. As a responsible corporate, NTPC, country’s largest power producer, is fulfilling its corporate social responsibility by creating an infrastructure for the benefit of the people of Bihar.

Speaking on the occasion, Shri Singh appreciated NTPC, REC and Power Grid for their contribution to the state of Bihar in its path of progress. He said, “These companies which are among the largest in the world, belonging to Ministry of Power, are one of the most professional and efficient organisations. The companies from the Power PSUs are well known for their exemplary performances, are also focussed on working towards societal development which extends to villages across the country. These companies have contributed extensively during the pandemic and have taken complete care of their workers. Further, NTPC is developing an ITI and constructing award in AIIMS, Bihar which will immensely benefit the people of Bihar. NTPC has played an instrumental role in the development of Bihar with an installed capacity of 6150 MW in the state. In addition, 3800 MW capacity is in pipeline.”

He further added, “The power PSUs together have connected India in its length and breadth. The endeavour of the power PSUs have made India a power surplus nation with almost 1.25 lakh MW capacity of electricity being added in the past five years. Under the leadership of our Hon’ble Prime Minister, we have brought a revolution in the power sector inching towards the target of making electricity available in every Indian household.”

Speaking during the inauguration function, Shri Asit Kumar Mukherjee, RED (ER1), NTPC said “We are committed towards our social responsibilities and we strive to fulfil our commitment towards the people of Bihar. With six projects in the state, we are extremely happy in contributing to the electricity requirement of the state. We are constantly working towards brightening up every citizen’s face in Bihar.”

With a total installed capacity of 62.9 GW, NTPC Group has 70 Power stations comprising of 24 Coal, 7 combined cycle Gas/Liquid Fuel, 1 Hydro, 13 Renewables along with 25 Subsidiary & JV Power Stations. The group has over 20 GW of capacity under construction, of which 5 GW comprises of renewables