New Delhi, Under the guidance of Curator & Mentor Dr. Ashutosh Karnatak, organized 8th annual conclave on SDG(0) : Positive Mindset. The program organized on 10th December 2022 at Scope Auditorium was attended by more than 300 participants. In the program noted speakers from Industry, Media & Literature were invited to share their thoughts. Shri R C Gupta, Chairman of Plus Approach Foundation welcomed all the dignitaries & delegates.

The program started with a presentation by Chairman, R C Gupta ji about activities of foundation followed by Sh Gajendra Pathak from foundation’s center at Matila wherein team of PIE Matila shared their transformational experiences brought in by foundation. 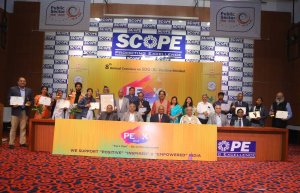 The keynote address was delivered by ex Director (HR) of GAIL Sh S L Raina and Sh Gopal Malhotra Director (HR) of M/s HMEL Bhatinda. Malhotra ji stressed on the importance of perseverance in life to achieve success and cited examples of Tom Cruise, Leonarodo da Vinci, Venkta Raman, Ramanujam about their continuous trying and not giving up despite several challenges and achieving the extraordinary feat in their life. Success requires acting on learnings from failures and keep on trying to get to Ultimate Success.

S L Raina ji appreciated the works being undertaken by PAF and requested to keep on further activities in line with the requirements of present time. He further stated example of CSRL started by Late ShSahi ji few years ago for giving opportunity to the under privileged students for higher education and how it has flourished and operating in different parts of the country.

A panel discussion on Decade of Positivity: for next generation wherein noted journalist deliberated on the topic moderated by curator & mentor, Dr Ashutosh Karnatak. 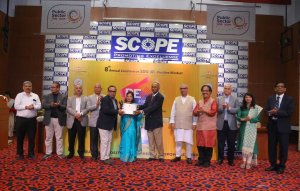 Vinod Agnihotri is stressed the need for Positivity in all streams whether it is art, sports, politics and others. He appreciated the PAF efforts towards positivity in this era of selfish & self-centered society. Now a days everything is on internet, people tend to read or watch sensational news/story which are mostly negative. This is a very big challenge for today’s media and is required to maintain fine balance. Social media has empowered people which is positive side of it but at the same time it is also being used for spreading rumors etc. In the program, every speaker & panelists stressed upon the need for re-attempt after each failure to achieve success which was very much the theme of conclave i.e.Yes I Can.

Festival marks the victory of good over evil-Nand Lal Sharma

Sanjay Mudaliar, CGM&CTO, BoB has been…

PFC ranked amongst the Top 10 profit-making…

Sanjay Singh win the trust of association of…