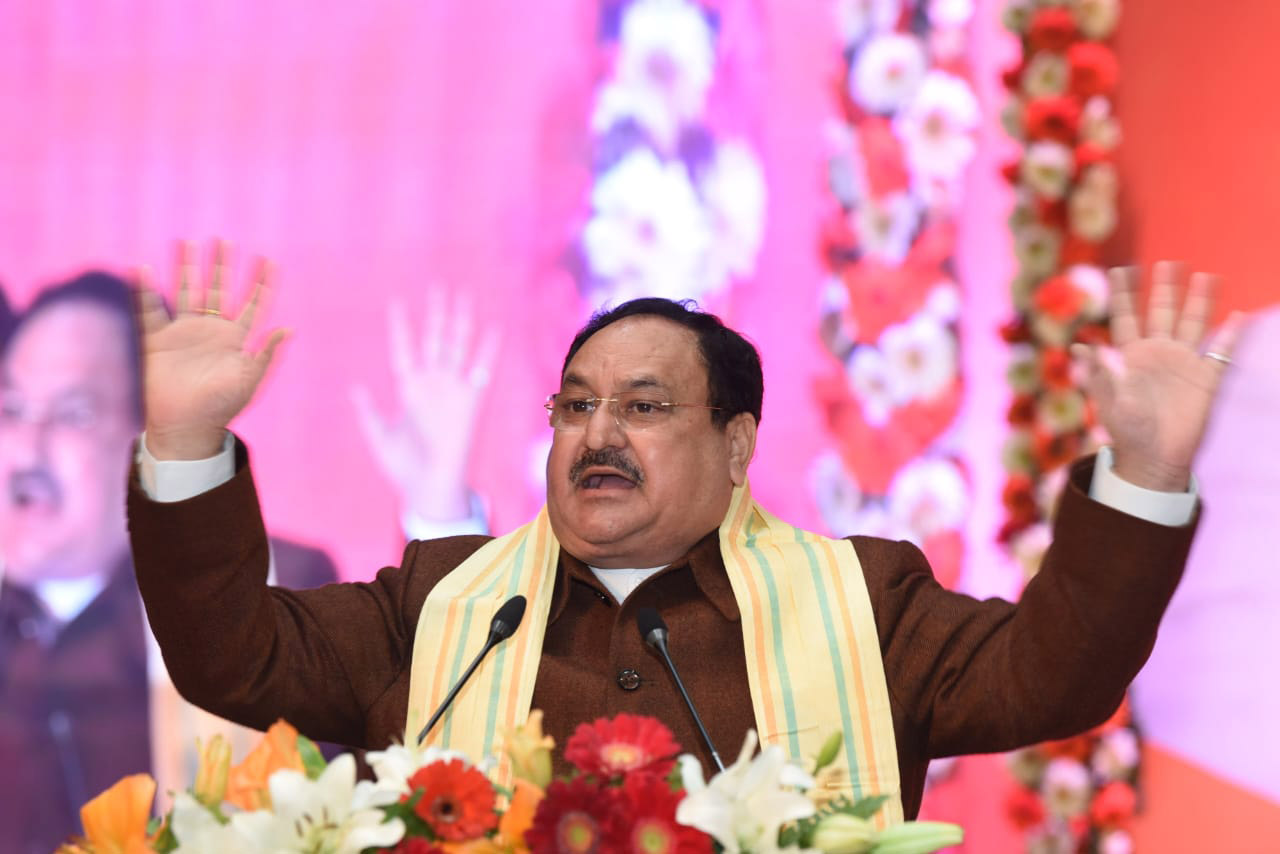 Except for the Bharatiya Janata Party (BJP), almost all the political parties are family legacies or seeped in nepotism. Whether you have come to the Bharatiya Janata Party (BJP) by chance or by choice or even by accident, but if you have come here then you have come to the right place. There can be no price for the strength of our organisation and our cadres. We have always fought for our ideology and we believe that only ideology can bring about any transformation in the country.

The policy of ‘Sabka Saath, Sabka Vikas’ was born out of the concept of Antyodaya and on the same lines programmes such as Ayushman Bharat, Ujjawala, Saubhagaya, Pradhanmantri Awaas, Swachh Bharat Abhiyan and Pradhan Mantri Krishi Samman Nidhi were conceptualised, which aim to alleviate the sufferings of the poor in India.

Our Prime Minister, Shri Narendra Modi took bold and courageous decisions at the right time to keep the country safe. On the other hand, Chief Minister, Yogi Adityanath also kept pace with him and was able to check the spread of Covid-19 to a great extent in Uttar Pradesh. This is called quality leadership. The Modi government started the Rs 1.70 lakh crore Gareeb Kalyan Yojna. From March till November 2020, around 80 crore poor in the country were offered free rations. Under the Atma Nirbhar Bharat programme, Rs 1 lakh crore were given to the farmers. We need to work towards ‘Hamara Booth, Sabse Majboot’ and make every booth strong and strive towards lotus blooming at every booth.