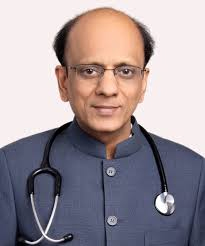 Excerpts from PTI: In the very first session of the new Lok Sabha starting June 17, the Union government plans to reintroduce National Medical Commission (NMC) Bill, which was introduced in December, 2017, lapsed with the dissolution of the 16th Lok Sabha.

The draft NMC Bill is currently awaiting approval from the Law Ministry. After its introduction in the Lower House of parliament in 2017, the bill, which aimed at replacing the Medical Council of India Act, 1956 and included the contentious provision of a “bridge course” to allow practitioners of alternative medicines to pursue allopathy, was referred to a Department-Related Parliamentary Standing Committee following massive protests from the medical fraternity.

The parliamentary panel gave its recommendations in March, 2018 following which the health ministry omitted the contentious provision and also made some others changes as suggested by the committee before moving the official amendments in the Lok Sabha.

The official amendments were approved by the Cabinet and moved to the Lok Sabha separately. Now the NMC bill has been redrafted and the amendments as suggested by the parliamentary panel have been incorporated.

Meanwhile,  the Centre dissolved the apex body and issued an ordinance in September last year, appointing a seven-member Board of Governors (BoG) to run the scam-tainted medical education regulator. The health ministry will now move a bill to replace the ordinance so that the BoG can continue to function.