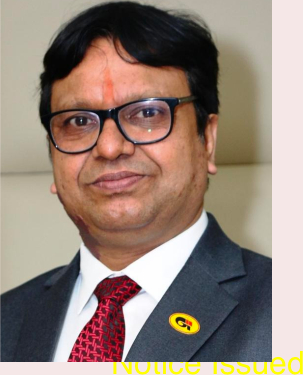 New Delhi, D: Shri Rakesh Kumar Jain today assumed charge as Director (Finance) of GAIL (India) Limited. A Cost and Management Accountant by profession, Shri Jain started his career in the company as a Management Trainee and gathered a rich experience of nearly 30 years as he rose through the ranks to his present position.
Prior to his appointment as Director (Finance), Shri Jain held the position of Executive Director (Finance & Accounts) in GAIL. Additionally, Shri Jain holds the position of Director in Indraprastha Gas Limited. Earlier he was on the Board of Ratnagiri Gas and Power Pvt. Ltd (RGPPL). He joined GAIL in 1992 and has been a part of the growth trajectory of the Company. As Executive Director (Finance & Accounts), he headed Corporate Finance and Treasury section in large mobilisation of funds from domestic and international markets and took investment decisions in large infrastructure projects. He was also actively involved in Investor relations and interactions with Analysts fraternity.
Shri Jain has worked in the areas of Corporate Finance and Treasury including Forex Risk Management, Capital Budgeting, Corporate Budgets, Corporate Accounts, Finalization of Long Term international LNG and Gas Agreements, Pricing, Liquefaction and Regasification Terminal Service Agreement, Mergers & Acquisitions, Taxation, Regulatory aspects etc.
Besides serving a long tenure at GAIL, he was on deputation to Petroleum and Natural Gas Regulatory Board (PNGRB), as Jt. Director (Commercial and Finance). During his stint at PNGRB, he was actively engaged in the review of tariff regulations, conceptualization of unified tariff, authorization of CGD 9th & 10th bidding rounds, and finance functions etc. He has also worked in almost all business verticals of GAIL including GAIL’s largest Petrochemical plant at Pata.

ON Gyani takes over charge as Director (Operations) of ONGC Videsh…