WHY IS UP GOVERNMENT BLOCKING RAPE REPORTAGE ? 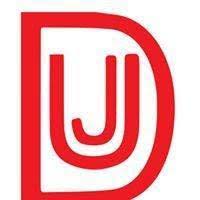 New Delhi, The Delhi Union of Journalists expresses its shock at the blockage of all reportage from Hathras. The rape victim’s family’s phones have been seized and no one is being allowed to go to the village to meet them. Camera crews and reporters are standing on the road to the village but police have blocked their entry. TMC MPs Derek O’ Brien and Kakoli Ghosh Dastidar and other leaders have been roughed up by police when they tried to enter the village.

Yesterday Congress leader Rahul Gandhi was pushed to the ground when he tried to walk to Hathras with his supporters. Bhim Army leader Chandrashekhar Azad said he was prevented from leaving his house to go to Hathras.Meanwhile, the announcement that the forensic report does not indicate rape raises suspicions, besides being a misinterpretation of the rape law as it stands today. The hasty midnight cremation of the body precludes the possibility of a second post-mortem that could have cleared all suspicions in this matter.

Red light on, Gaadi off” mega campaign will be started in all…

We express our shock and dismay at the arbitrary censorship which raises questions about the UP Government’s mishandling of the entire case. When there is no transparency, questions are bound to be asked about what the government wants to hide and who it needs to protect.