BJP is misusing Governor to destabilize the elected governments-Congress 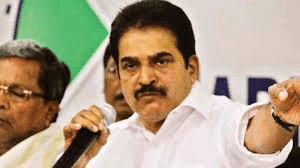 New Delhi: The very basic constitutional and democratic frame of the Nation is facing an unprecedented attack from the BJP. Democratic institutions, constitutional values and institutions are being subverted and subjugated in a dangerously premeditated manner, with democratically elected opposition Governments in one State after another being toppled by the BJP, using money, intimidation and blatant misuse of constitutional bodies and functionaries.

Horse trading to topple democratically elected governments has become the normal and what is all the more deplorable is that, at a time when the entire country is reeling under the Covid-19 pandemic, Floods  and severe economic and financial difficulties, the BJP is going all out to unsettle elected governments- in the process derailing governance and  preparedness to handle COVID and other pressing issues.

It was during the yet ongoing Covid-19 onslaught that the BJP toppled the democratically elected Congress government in Madhya Pradesh, and a similar desperate attempt is  now being undertaken in Rajasthan. The BJP and its leaders playing their dirty game to topple down one of the most efficient state governments which has received praises from across the globe for successfully handling the Covid-19 pandemic.

It is a matter of utmost shame that, in their dirty political game, the BJP is misusing the high constitutional office of the Governor to destabilize the elected governments. As we saw in Rajasthan, the Governor is refusing to call a session of the legislative assembly, despite the constitutionally binding and mandatory advise of the Chief Minister and his Council of Ministers. The Governors, instead of protecting the constitution, are acting in a blatantly partisan manner that facilitates political horse trading in the states.

In this context, the Congress party has decided to launch nationwide protests in front of different Raj Bhavans, against these anti-democratic and anti-constitutional actions perpetrated by the BJP. Prior to this protest, the party has decided to organize a nationwide online campaign,  “Speak Up for Democracy” on Sunday, the 26th July, 2020 from 10 am onwards. The PCCs have been requested to ensure the participation of party leaders, MPs, MLAs and other functionaries by way of posting videos and posts on different social media platforms highlighting this issue. Following this, all PCCs will hold protests in front the Raj Bhavans in their respective states on Monday, the 27th July, 2020 at 11 am demanding ‘Save Democracy- Save Constitution” and exposing the anti-democratic and anti-constitutional actions of the BJP. The protest gathering would be held strictly adhering to the social distancing protocols issued by the health and civic authorities.