Breaking the law, and causing unrest and killings does not represent a true picture of Islam-Jamiat 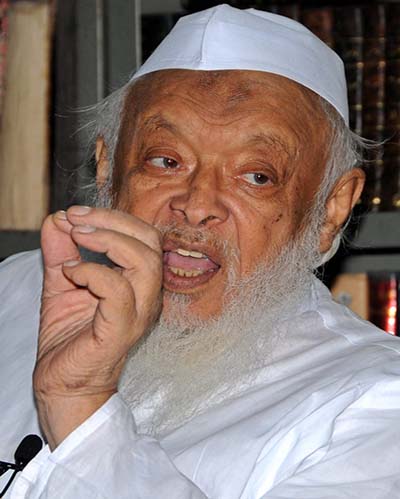 France is also a country in Europe that ruled over Muslim countries such as Morocco, Tunisia and Algeria, many Muslims went to France to earn a livelihood and settled there who are now lawful citizens of this country. In addition, in view of international law, many Muslims and people from other religions went to France and settled there as many people migrated to Europe and the United States due to hardships in their home countries. These people, especially in Europe, have more or less the same rights as Europeans and if they don’t have them now they will after some time.
The governments there accepted them and provided them with the same facilities as the Europeans have. Migrated people worked hard in their crafts and gradually had great success which caused instigated jealousy in a section of people, which lead to Sectarian mentality among them. This element is found more or less everywhere, who become Jealous when they see that yesterday’s strangers or blacks are growing and progressing, they are able to influence the economy of our country, this minority section of jealous people are the ones who are demolishing mosques, and setting them on fire and killing innocent worshipers.
It is worth noting that what is happening in France at the moment has two sides: one is the stand of the government, in which freedom of expression means unlimited freedom of language and pen which is allowed to destroy the honor and dignity of man, woman, elders and ancestor, this freedom allows anyone to make cartoons of any of the purest people in the world as he wishes, and based on freedom of speech or expression, he is free and free from the grip of any law.
Moreover, it is more surprising that a country like India supports the same freedom of speech and expression, it does not understand that this meaning of freedom of speech and expression if prevails in a country of different religions like India, so can there be peace even a single day in Indian regions? but due to the bad mentality of prejudice and hatred, the government-supported unlimited freedom of speech without considering the bad consequences of it, even after some courts in India have slammed some biased media houses for supporting unlimited freedom of speech which are targeting a particular religion. And a petition in this regard has been filed in Supreme Court by Jamiat Ulama-i-Hind. It is expected that the court order will be against the unlimited freedom of speech, after which, if Allah wills, the process of hurting the followers of religion on the basis of religion will be legally stopped.
The other side of the coin is knife attacks that are taking place one after the other in France and other countries of the world in which fewer offenders, and more innocent men and women are dying. Could anyone be given permission to take the law of the land into one’s own hands, even in one’s love? And could taking the law into their own hands by the reckless of a few Muslims be good for the millions of Muslims living in the Christian countries of the world?
If after such incidents, if the sectarian organizations that are growing up in these countries become active against the Muslim minority, what will happen to millions of Muslims and their children living in these countries, while in France approximately 5.7 million (about 9%) and in its neighbor countries like Germany 5 million (about 6%), UK 4.1 Million (approximately 6.3%), .8 million in Sweden, (approximately 8.1%), .7 million in Austria (approximately 8%), 2.9  million in Italy (approximately 5%), .8 million in the Netherlands (approximately 5.1%) (Source: Wikipedia, Islam By Country) Muslims are settled.
Now, not once, but ten times, it is worth thinking that due to breaking the law by few angry Muslims, if the sectarian forces there gain strength, and if they would get the patronage of the governments behind the scenes, what will be the future of Muslims spread all over Europe?
Related Posts

I am not saying that you should not protest against this black law or the hateful ideology of a teacher or a company, I think that breaking the law, and causing unrest and killings does not represent a true picture of Islam in these countries nor does it make the future of the millions of Muslims living there peaceful.
I am saying this because we have been suffering from similar politics in our country for fifty years. In our country, Hindus worship cows, and now on the basis of cow slaughtering by a Muslim or just making an excuse, the incidents of taking the law into one’s own hands occurred, and Muslims were killed.
If we, here, oppose taking up the law of land in own hands , why will we not oppose it in France? I think that the way Muslims all over the world are protesting against France today, if they had stood up against unlimited freedom of speech before today, it would have been a great picture.
I believe that today, as a result of the international protests, when the President of France is also moving towards U-Turn, the Indian government and those in power, considering the population and diversity of our country should also step back from the stand of France, and avoid hurting the hearts of billions of Muslims.
*The writer is President of the Jamiat Ulama-i-Hind, New Delhi
Share on Facebook Share on Twitter Share On WhatsApp
Leave A Reply
Cancel Reply
Advertiser Logo