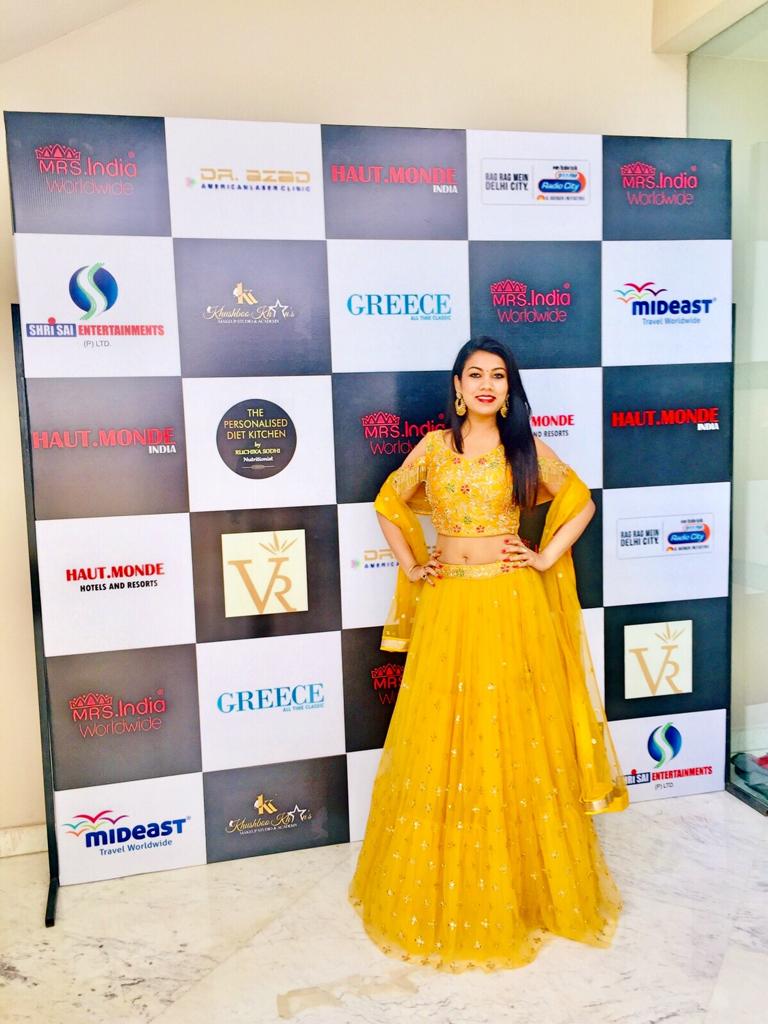 It’s rare that we find a person who has good looks, a sensibie brain and a big heart Rimmy Mukherjee, Finalist Hautmonde Mrs. India Worldwide 2019, is one such person who is a culmination of all three. She is a beauty pageant Finalist with a difference and She likes to inspire with her actions.
As per her women are not limited to just beauty and glamour, as the world has seen women leave a mark in every sphere of life be it technology, education, astronomy, business, medicine, art or food. While it’s true that women still have to endure a lot in order to reach a future goal of gender parity, certain pockets in the world have taken their steps to encourage their female counterparts. Their aim is solely to inspire, empower and to forge ahead together stronger. Haut Monde Mrs India Worldwide pageant is one such platform that takes pride in the wives and mothers of India while helping them realize their true potential, strength and uniqueness.
The mere process of empowering women begins by seamlessly sowing the idea of them being stronger than they believe and then providing them with resources which help them unleash their potential. “The best way for women to become phenomenal in whatever field they choose is to see themselves as individuals first rather than simply adhering to the roles assigned to them by the society”, said Rimmy Mukherjee, one of the finalists of Mrs India WorldWide 2019.
A lot of women are fiercely career oriented and yet dedicate a huge portion of their lives catering to their feminine attributes. However, women often ignore themselves & kill their dreams especially post marriage, but that’s soon changing. Rimmy suggests that all women should have a real hobby and stick to it forever, as this would keep them motivated, focused and would act like a great stress buster. She ardently believes that one must consciously practice being happy, confident & fearless!
When asked about her camaraderie with other finalists, Mrs Rimmy said, “I have made some good friends on this journey so far. This pageant teaches us to be a team player and not rivals even though we all are competing for the same crown. There is so much to learn from everyone. Most of us aren’t professional models so we support each other in the areas like a costume, makeup, fitness, and even at an emotional level. We value each other& appreciate the uniqueness of each finalist, which is the essence of womanhood.