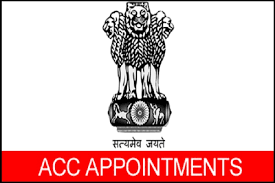 NEW DELHI . The government on Saturday reshuffled top-level bureaucracy with appointment of new Secretaries in ministries such as Power, Textiles, Mines, Fertilizer, Personal & Trainings and Tourism.

As approved by the Appointments Committee of the Cabinet (ACC) 1988 batch IAS officer of Uttar Pradesh, Alok Kumar will be new Power Secretary. He will replace Sanjeev Nandan Sahai, who is retiring on January 31.

1985 batch IAS officer of Odisha cadre Upendra Prasad Singh will be new Textiles Secretary. At present he is Secretary in the Department of Water Resources, River Development and Ganga Rejuvenation. He will be replaced by 1987 batch IAS officer of Nagaland cadre, Pankaj Kumar. Kumar is presently serving as CEO of the Unique Identification Authority of India.

1986 batch IAS officer of Uttar Pradesh Alok Tandon will move from cadre to join Mines Ministry as Secretary. His batchmate, IAS officer of Odisha cadre GV Venugopala Sarma has been asked to take charge as Chairman of National Authority, Chemical Weapons Convention. 1988 cadre IAS officer of Gujarat cadre, Bidyut Bihari Swain has been made Secretary in the Ministry of Micro, Small and Medium Enterprises. He was Special Secretary in the Commerce Ministry. His batchmate, Praveen Kumar Srivastava will join as Secretary (Coordination) in the Cabinet Secretariat.