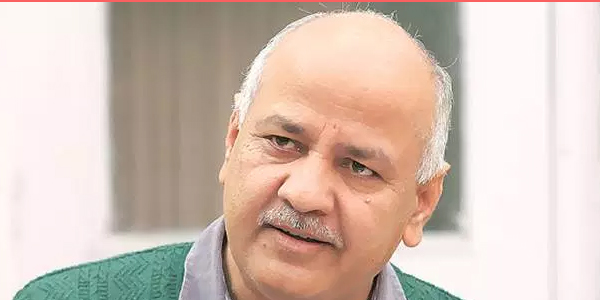 (Delhi)Shri. Manish Sisodia, Deputy CM and Education Minister of Delhi on Saturday demanded that a law be made to allocate at least 6% of GDP to Education.
Speaking at the Special Meeting of Central Advisory Board of Education (CABE) convened by the Union HRD Ministry to discuss and finalize the National Education Policy, Shri. Sisodia further asked that the preamble to the policy should state that “Providing Good Quality Education would be the responsibility of Government through Government schools”.
While lauding few provisions of the policy, Shri. Sisodia pointed that unless there is a law which binds the Governments to allocate the fund, the policy per se will not result in the transformation of Education in India. He said that just like governments are bound by law to have ceiling on fiscal deficit or one country one tax system, similarly to implement the provision of the New Education Policy, the Governments should be bound to spend at least 6% of GDP.
He emphasized that “Quality of education provided in government schools should be at par with the private schools. Going to private schools should just be an option, not a necessity due to the lack of quality education in our government schools” Stressing on the need for providing quality education by the government in the country, he added, “Only 5% of children get access to quality education, the rest 95% have been getting average quality education. It needs to change. It is the job of the Government to provide education to all children.”
He opposed the proposal of Private Education board and called it a “dangerous idea” as these boards will promote private schools and further dilute the responsibility of government in school education.
Getting into the specifics, Shri. Sisodia said that while the idea of three years of preschool education is good but the clarity in the respective roles of Department of Woman and Child Development and Education department be laid down.
Further, he supported the recommendations on Foundational literacy and numeracy and pointed that Delhi Government has been working on it already through Chunauti and Mission Buniyaad. Similarly, idea of introducing “ethics” and “Social Emotional learning” has a model in Happiness Curriculum of Delhi Government schools. Apart from these, several curricular and pedagogical reforms recommended in the draft Policy is already operational in Delhi and he offered to share the same with Central as well as other governments.
On Higher Education, he appreciated the idea of “Research institutions” but cautioned against degree awarding autonomous colleges. He is also critical about exclusive “Multi faculty institutions”. The institutions like AIIMS, IITs, IIMs are a niche specialized institutions and their primary character should not be diluted. In fact, as we move in the era of hyper specializations, the scope for specialized institutions should not be completely closed.
He concluded his observations by saying that Indian education system has been “Highly regulated and poorly funded”. This needs to change. Thus, proposal like RSA with Prime Minister as its Chair which will add another layer of regulation needs to be revisited.