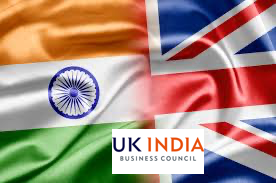 The UK India Business Council (UKIBC) on Wednesday released its 5th annual Doing Business in India Report. The report is based on the results of extensive discussions, including a roundtable in London with Union Commerce Minister Mr Piyush Goyal, and a survey that captured the views of UK companies and higher education institutions on the operating environment in India and their reform priorities. Overall, the survey respondents were positive about India, with 56% stating that it is getting easier to do business in India, and only 21% saying that it has not improved (while 23% were undecided).Perhaps the most positive message in the report for Mr. Modi’s Government is the dramatic drop in perceptions of corruption. When the UKIBC published its first Doing Business in India report in 2014, over 50% of respondents cited corruption as a top barrier to operating in India. This figure has improved year on year, and in 2019 it dropped to 17.5%. There is clearly still work to do to eliminate all forms of corruption, but the continued reduction is a positive.

The most persistent barrier to doing business continues to be ‘legal and regulatory impediments’, which were cited by 59% of respondents as a major barrier. ‘Identifying a suitable partner’ and ‘taxation issues’ are the next two most cited barriers. It is therefore no surprise that the most popular reform among UK businesses is ‘improving the quality of bureaucracy, with 28.6 percent of respondents urging the Government of India to act in this area. The second most popular reform request was related to the bureaucracy, with 16.9% of respondents calling for a ‘simplification of the Goods and Services Tax (GST)’.Nevertheless, it is worth noting that calls for the simplification of GST have reduced from 24 percent in 2018, reflecting that companies are coming to grips with India’s new tax system, and India has improved its implementation since the original rollout.

The Government of India announced the reduction of India’s corporate tax rate (from 30% to 25.17% after cess and surcharges are accounted for) prior to the completion of our survey, perhaps one reason as to why India’s previously high corporate tax rate was not mentioned by our respondents. The highest scoring aspects of the Indian business environment continue to be tele-communication facilities, closely followed by the availability of skilled labour, the availability of support and service providers, and the availability of supply chain. For the first time, the UKIBC canvassed views on how India’s States and Union Territories are performing on the ease of doing business. When asked “which states are making the most improvements on business environment?”, Maharashtra was the clear winner, with 36.67 percent of respondents giving it the honour, followed by Delhi, which captured 20 percent of the vote. With Brexit on the agenda of UK companies, 26 percent said that they planned to do more business with India as a direct result of the UK leaving the EU. This will be a further boost to the flow of goods, services and investment between the two countries.   UKIBC Chief Executive, Richard Heald, OBE, said that, “The findings of this report reflect the long-term advantages of the huge and growing Indian market. There have been improvements, particularly in tackling corruption, but there is clearly much still to do  to remove the persistent barriers to doing business, particularly when it comes to improving bureaucratic procedures and the application of the tax regime, which is a persistent concern for UK and, indeed, all businesses in India”. Heald went on to say, “The UKIBC and our members look forward to our continued dialogue with governments across India, and we remain fully committed to working together to further improve the ease of doing business”.