Pictures do not lie, Will the Prime Minister now tell the Nation-Congress 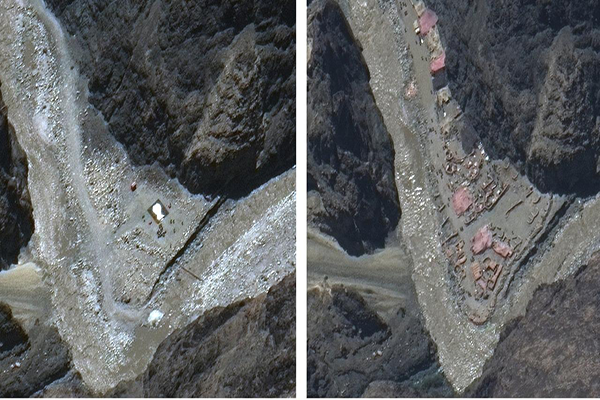 New Delhi: Does the latest, and the first actual picture of Chinese occupation of our territory up to ‘Finger 4 Ridge’ in ‘Pangong Tso Lake’ area depict the truth on the ground? Is this Indian territory on which construction of radars, helipad and other structures have been built by the Chinese in a brazen act of transgression?
Have the Chinese occupied our territory in Galwan Valley, including ‘Petrol Point – 14’, where our 20 Jawans of 16 Bihar Regiment made the supreme sacrifice? Has China also occupied Indian territory in ‘Hot Springs’?
Has China occupied our territory up to ‘Y-Junction’ (18kms. inside the LAC) in the ‘Depsang Plains’ threatening India’s strategic ‘D.B.O. Airstrip’, which is the lifeline for our military supplies to ‘Siachen Glacier’ and ‘Karakoram Pass’?
Did former prime ministers of India, Smt. Indira Gandhi and Lal Bahadur Shastri did not visit the forward locations to boost the morale of our soldiers? Did Pandit Jawahar Lal Nehru also not visit our soldiers in forwarding locations in NEFA in 1962 to boost their morale? But it appears that our Prime Minister stayed 230 kms. away in ‘Nimu, Leh’.
Isn’t it correct that the local Councillors of Ladakh, including BJP councillors, submitted a memorandum to Prime Minister Modi, in February 2020, about the capture of our land by China? What action did the Prime Minister take? Had the Prime Minister acted, wouldn’t we have been able to pre-empt the brazen Chinese transgressions?
The times warrant India to look ‘eye-to-eye’ at China and unequivocally tell them to retreat from their illegal and brazen occupation of Indian Territory. Mr. Prime Minister, this is the only ‘Raj Dharma’ that you must follow.