“The demand for power will continue to grow at a rapid pace going forward”-R.K.Singh(Power Minister)

The deliberations need to ensure that power is available for consumption round the clock in a reliable way and at an affordable price. We need to achieve 450 gigawatt of power capacity so that we can keep pace with nation's ever increasing demand. We must make sure that we integrate all the renewables and ensure 24x7 uninterrupted power supply for one and all.”-CMD NTPC 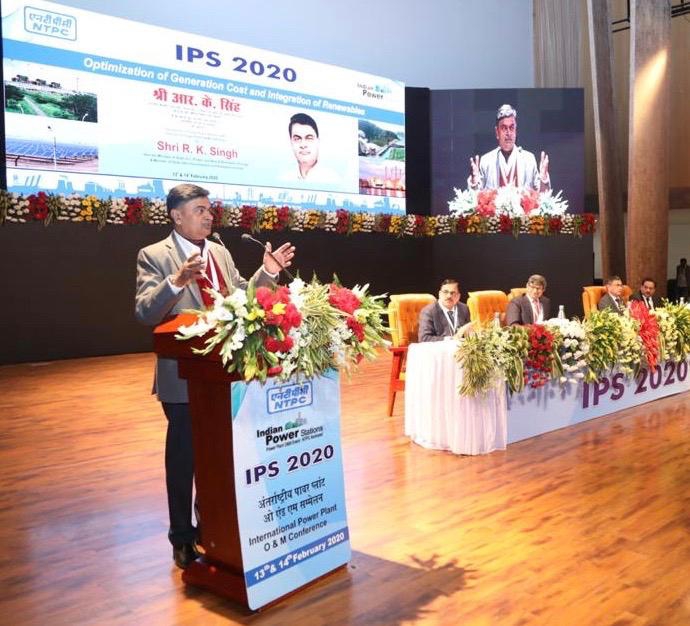 New Delhi, February 13th, 2020: “The demand for power will continue to grow at a rapid pace going forward, thanks to rising per capita consumption. We have already added 26.6 million new consumers and they will also contribute to the increase in demand. Currently, renewable power accounts for 10% of generated power and this percentage will only increase in the coming years.”, said Shri R K Singh, Hon’ble Minister of State with Independent Charge for Power and New & Renewable Energy, while Inaugurating the 9th edition of NTPC O&M-India Power Station (IPS) 2020 conference today at Pandit Deen Dayal Upadhyay auditorium in Raipur. 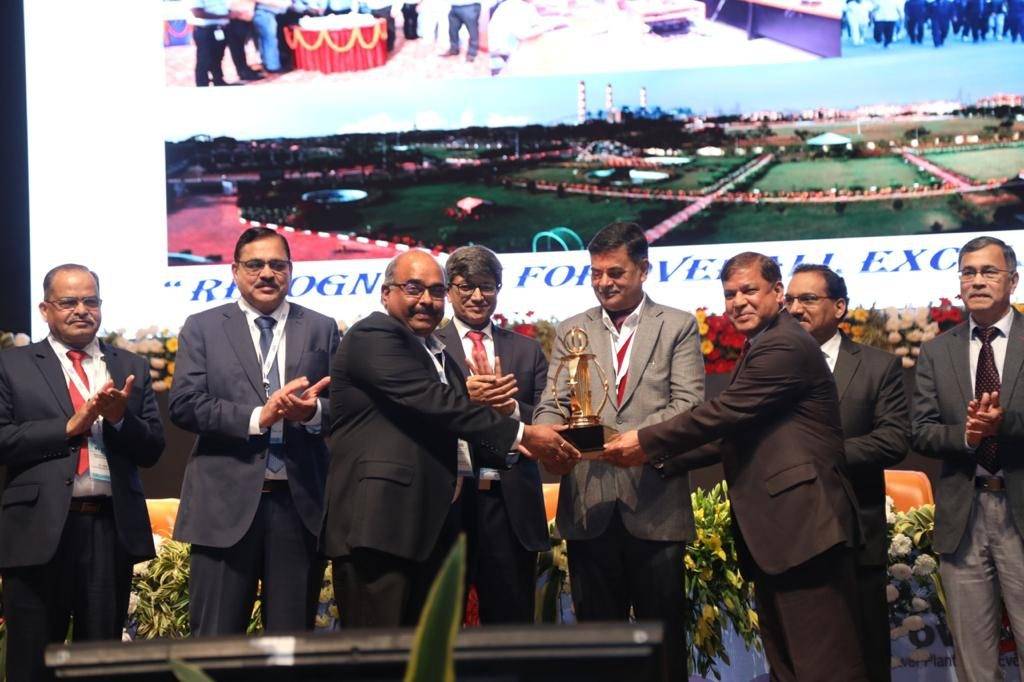 He further added, “While blending of renewable will continue to happen at a sustainable pace, we should not compromise with our primary goal of providing affordable power on sustained basis 24 by 7. This can be done by adopting newer forms of technology. As the demand for power grows, only those companies that remain competitive and can produce and supply power at low cost will survive in the future.”The two day annual event is organised by the country’s largest power producer, NTPC Ltd, to commemorate the synchronization of NTPC’s first 200 MW unit at Singrauli on the same day in 1982.Shri Vivek Kumar Dewangan, Joint Secretary (Thermal), Shri Prakash Mhaske, Chairperson Central Electrical Authority (CEA), Shri Gurdeep Singh, CMD NTPC, Shri Saptarshi Roy, Director (HR), Shri A K Gupta, Director (Commercial),Shri Prakash Tiwari, Director (Operations) and Shri A K Gautam, Director (Finance), Senior Officials of Chhattisgarh Government and other NTPC Senior Officials were present at the conference.Shri R.K Singh also released NTPC’s ‘Sustainability Development’ Report and presented Business Excellence awards to NTPC power stations. He inaugurated NTPC’s new office of WR-II HQ, Vishveswaraiya Bhawan at Naya Raipur.Shri Vivek Kumar Dewangan, Joint Secretary, (Thermal), emphasised that “the theme of today’s conference is immensely relevant to the challenges that the sector is facing currently. We will see lots of interesting ideas and strategies come out at the end of today’s deliberations.”In his address, Shri Prakash Mhaske, Chairperson Central Electricity Authority (CEA), said, “NTPC has set very high benchmarks for itself as the nation has great expectations from the power company. The theme of today’s conference is highly relevant in this era of disruptive technology that we are living in. Our ultimate goal is to provide access to reliable and affordable power to all.”

Speaking on the occasion, Shri Gurdeep Singh, CMD NTPC said,” The deliberations need to ensure that power is available for consumption round the clock in a reliable way and at an affordable price. We need to achieve 450 gigawatt of power capacity so that we can keep pace with nation’s ever increasing demand. We must make sure that we integrate all the renewables and ensure 24×7 uninterrupted power supply for one and all.”

Shri Prakash Tiwari, Director Operations, NTPC, proposed the Vote of Thanks. He also assured that the expectations of the Hon’ble Minister will be met. “At NTPC, our primary goal would be to ensure that the grand vision of the Prime Minister is realised soon. We would also continuously strive to adhere by the policy announced by the CEA.”

The conference has attracted wide participation from major power generators in India such as State Electricity Boards (SEBs), NHPC, Reliance Power, JSW Energy, Singareni Thermal power plant, etc. The conference was attended by over 750 delegates, including power industry representatives from USA, Germany, Japan, Australia, South Korea, United Kingdom as well as several domestic players.As many as 16 international papers and 173 domestic technical papers are expected to be presented during the course of the two day conference.The two day conference also has Techno Galaxy 2020 exhibition where products and technologies from 42 Indian and International manufacturers is being showcased.