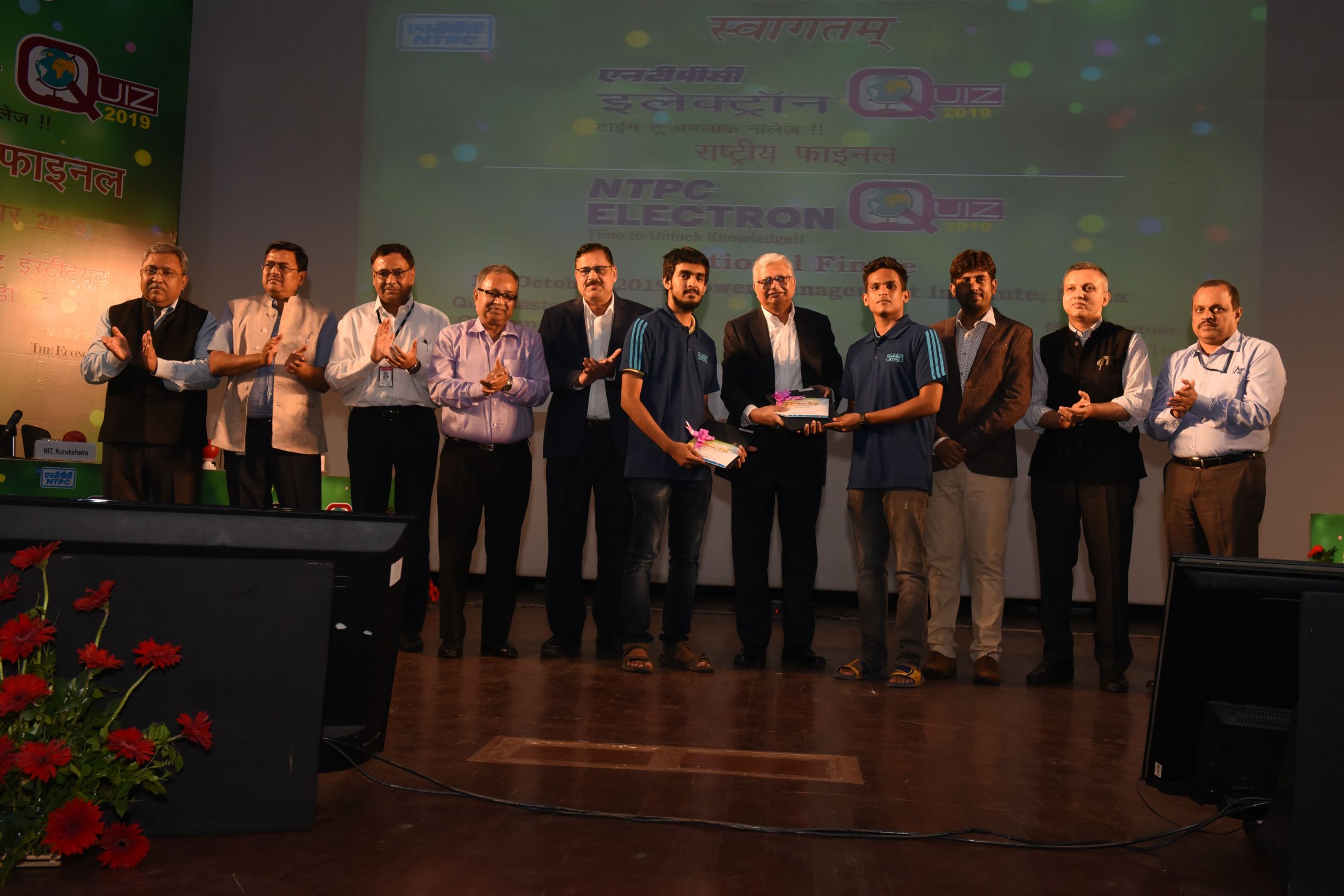 It was a close competition with teams competing for the title till the end. G.Pranav Hari & Rahul Humayun from IIT Madras won the title of NTPC Electron National Finale 2019 with a leading score of 94, Anuj Shukla and Utkarsh Verma from Shri Ram Swaroop Memorial University, Lucknow came second with a score of 59 and third position was secured by Lucky Kaul and Shiv Kumar from BITS Pilani Goa with a score of 55.

This year, NTPC Electron quiz, had generated lot of interest amongst the students and has seen unprecedented rise and an overwhelming response from across cities in India.  A total of 566 teams encompassing 1132 students participated this year’s contest.The NTPC Electron Quiz 2019 started from Patna on 14th September 2019 and saw participation from engineering and business schools across six locations at Mumbai, Hyderabad, Noida, Lucknow and Kolkata.

Electron Quiz started in the year 2004 and since then it has connected with young minds with an aim to develop a healthy learning and development culture. NTPC is committed to introduce new perspective on quizzing that is non-conventional, yet powerful learning tool for the young India.